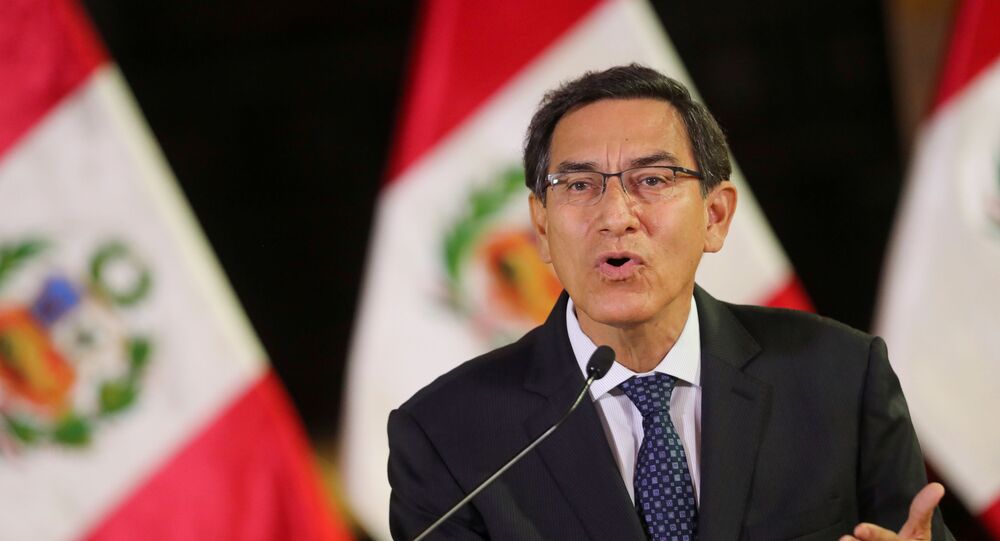 BUENOS AIRES, September 17 (Sputnik) – The Peruvian Constitutional Court said that it would hold on Thursday a hearing on the launched impeachment of President Martin Vizcarra.

On Friday, Peru's Congress voted to start impeachment hearings against Vizcarra over his "moral incapacity" to perform professional duties amid alleged obstruction of justice on his part. On Monday, the Council of Ministers asked the Constitutional Court to voice its position on the launched proceedings.

“The Plenum of the Supreme Court will consider on Thursday, September 17, a request … regarding the presidential post, submitted by the executive power against the republican Congress,” the court said on late Wednesday in a statement.

The Congress, long hostile to Vizcarra, obtained voice recordings where the Peruvian president instructed several subordinates from the government to give false testimonies about his involvement in the issuance of controversial state contracts.

Vizcarra, while acknowledging that the recordings were authentic, claimed that they had been heavily edited and taken out of context. The leader said he was not going to voluntarily step down.