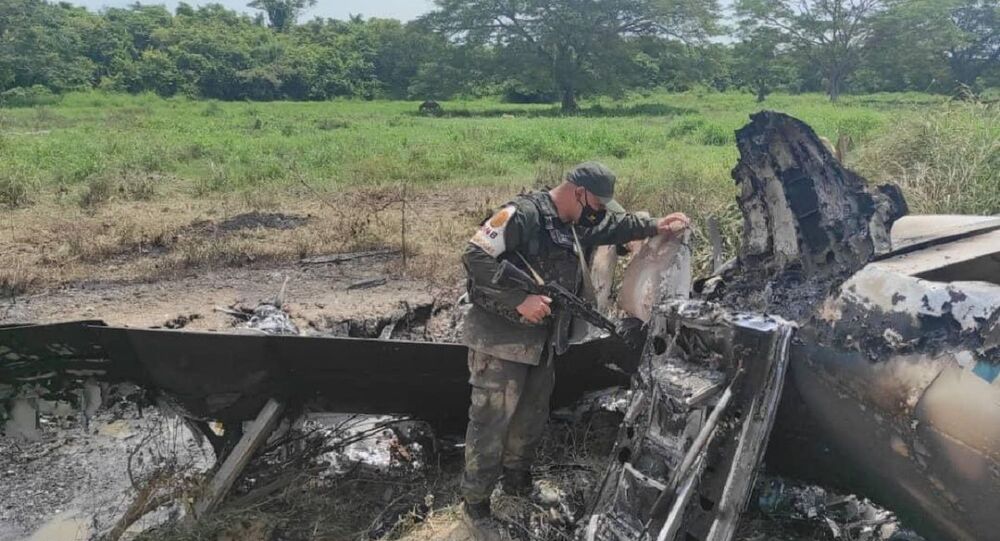 The Venezuelan Air Force regularly targets unidentified aircraft used by regional drug cartels. A similar incident took place in July, when another plane with a US registration number was shot down by fighter jets while intruding into Venezuelan airspace.

According to the minister, the incident took place Tuesday, with the aircraft downed after illegally entering Venezuelan airspace in the province of Zulia near the border with Colombia.

“After the illegal air unit was detected by the radars of the Comprehensive Aerospace Defence Command, the National Bolivarian Armed Forces activated all protocols established in the Control Law for the Comprehensive Defence of Airspace,” Reverol tweeted, referring to a 2013 law authorising the destruction of any suspected cartel plane operating in Venezuelan airspace.

“We remain on permanent alert, monitoring our airspace to prevent it from being used for illicit drug trafficking from Colombia, which is the largest producer of cocaine in the world,” Reverol added, in a possible reference to the plane’s cargo.

Tuesday’s incident was the second since July 8, when another plane with a US registration number was destroyed by fighter jets while intruding into Venezuelan airspace. A month before that, another drug-laden private aircraft was destroyed by the military.

Venezuela’s military is equipped with some of the latest Russian military equipment, including the S-300 air defence system, which features long-range radar, as well as Sukhoi Su-30 fighter jets, which complement the US and European equipment the country bought before Washington put embargoes on military-related equipment to Caracas in the 2000s.

© REUTERS / Ueslei Marcelino
US in ‘Difficult Position’ After Venezuela Foils Yet Another Alleged Terror Plot By Americans
Venezuela has been a popular route for Colombian drug traffickers going back to the 1970s. In recent years, however, the country has stepped up its efforts to combat drug smuggling through its territory, while simultaneously cutting off relations with the US Drug Enforcement Administration (DEA) over suspected espionage activities unrelated to combating drug smuggling.

Despite Caracas’s efforts to combat narcotics smuggling, Washington has accused Venezuela of not doing enough to deal with the problem, and has even claimed that high-ranking Venezuelan officials are engaged in the operation of a ‘narco-terrorist’ cartel operation themselves. Venezuelan officials have blasted their US counterparts over the claims, with President Nicolas Maduro describing the allegations as the fantasy of “racist cowboy” US President Donald Trump.