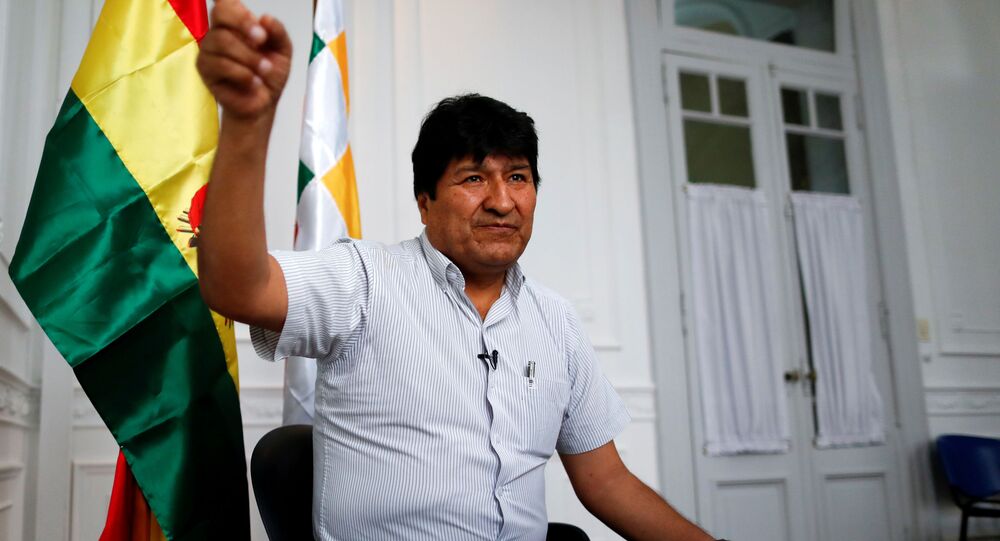 "Evo Morales has been disqualified. There are still fair judges," the minister tweeted.

The agency explained that it was in relation to a decision by the constitutional chamber of the La Paz Department court, adopted Monday afternoon.

A decision by the Supreme Electoral Tribunal of Bolivia, which at the end of February denied Morales the opportunity to run as a candidate for the Senate, has been upheld, according to reports.

Later in the day, responding to the court's refusal to register him as a candidate for the Senate, Morales described the decision as illegal and unconstitutional.

"Under the influence of threats and pressure... the judge made a political decision that is illegal and contrary to the constitution... We will obey this decision because our obligation and priority is to get people out of the crisis," Morales tweeted.

After the opposition faction in Bolivia, led by Carlos Mesa, announced mass violations in the elections on 20 October 2019, Morales, under pressure from the military, resigned as president and left the country. The entire top leadership of Bolivia subsequently resigned as well, and power passed to the opposition deputy speaker of the Senate, Jeanine Anez.

New presidential elections were announced, however Morales is banned from taking part. He remains in Argentina, where he leads the Bolivian Movement to Socialism political party.