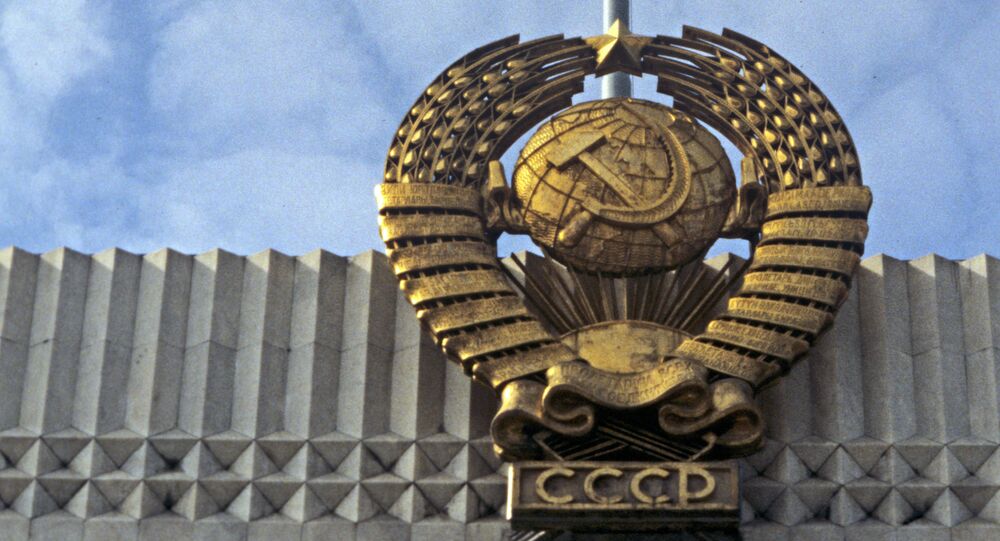 The Brazilian president’s son serves as a lawmaker in the chamber of representatives for the Social Liberal Party, an economically liberal, rabidly anti-communist party. The politician caused a minor diplomatic spat between Brasilia and Beijing in March after accusing China’s communist “dictatorship” of unleashing the global coronavirus pandemic.

Brazilian lawmaker Eduardo Bolsonaro has introduced a bill to outlaw the creation of, sale, distribution or display of items containing the hammer and sickle or five-pointed star “for the purposes of propaganda of communism,” equating the symbol with the Nazi Swastika, and proposing from 9 and 15 years in prison for violators.

In a series of tweets about the bill, the lawmaker explained that he was inspired by a 2015 Ukrainian law by the country’s post-Maidan coup government which “prohibits communism and Nazism with a focus on freedom.”

Bolsonaro stressed that his bill “aims to prevent genocides, which are the result of Nazism and Communism, just as the penal code criminalizes the murder of an individual.”

The bill also proposes renaming any streets, squares, public buildings or institutions named after any communism or Nazism-related persons, events or ideas.

“In justifying the project, I use factual examples of these misfortunes: the Holodomor in Ukraine (1st image) perpetrated by the Soviet communists, and the Holocaust carried out by the German Nazis (2nd image),” Bolsonaro added. However, his Twitter followers immediately pointed out to him that the image he posted of the Holodomor actually appears to be from the Bengal famine of 1943 in India, which was a British colony at the time.

Bolsonaro Jr and his father, President Jair Bolsonaro, are staunch anti-communists, and have repeatedly condemned Communist Cuba and more recent attempts to build democratic socialism in neighbouring Venezuela. Since coming to power in January 2019, the Brazilian president initially sought to reduce his country’s dependence on China and to move Brasilia closer to the United States. He later appeared to change his rhetoric, however, citing $98 billion in trade between Brazil and China, and a surplus in Brazil’s favour of $29.2 billion, saying the nations were “born to walk together” during a trip to Beijing.

Eduardo Bolsonaro caused a minor diplomatic crisis between Brasilia and Beijing in March after blaming the Chinese “dictatorship” for causing the global coronavirus pandemic. Chinese Ambassador to Brazil Yang Wanming “vehemently” repudiated the lawmaker’s claims and demanded their “immediate” withdrawal and an apology to the Chinese people. In a response to his claims on Twitter, the Chinese Embassy posted a tweet suggesting that “upon returning from Miami, [Eduardo] unfortunately contracted a mental virus, which is infecting friendships among our peoples.”

© Sputnik / Mikhail Kuleshov
Online Rage as White House Dubs US, Britain ‘Victors Over Nazis’ Without Mentioning USSR
Rodrigo Maia, president of the chamber of deputies, apologized to China on behalf of lawmakers for Bolsonaro’s “thoughtless words.” However, Foreign Minister Ernesto Araujo took Bolsonaro’s side, and said it was “unacceptable” for China to take offense at the lawmaker’s remarks, since his criticisms “do not reflect the Brazilian government’s position” and were addressed to his constituents. The Chinese Embassy rejected the rebuke, and reiterated that it expects an apology to the Chinese people from Bolsonaro Junior, pointing out that since the COVID-19 crisis began, China has helped Brazil with urgent medical supplies in response to a request from the Brazilian Ministry of Health.

Brazil’s laissez-faire response to the coronavirus has been criticized by both opponents of the government and by its neighbours, with the country becoming one of the nations hit hardest by the pandemic. Brazil has reported a total of nearly 4 million cases, and 123,000 deaths, constituting nearly 15 percent of the current global COVID-19-related death toll.