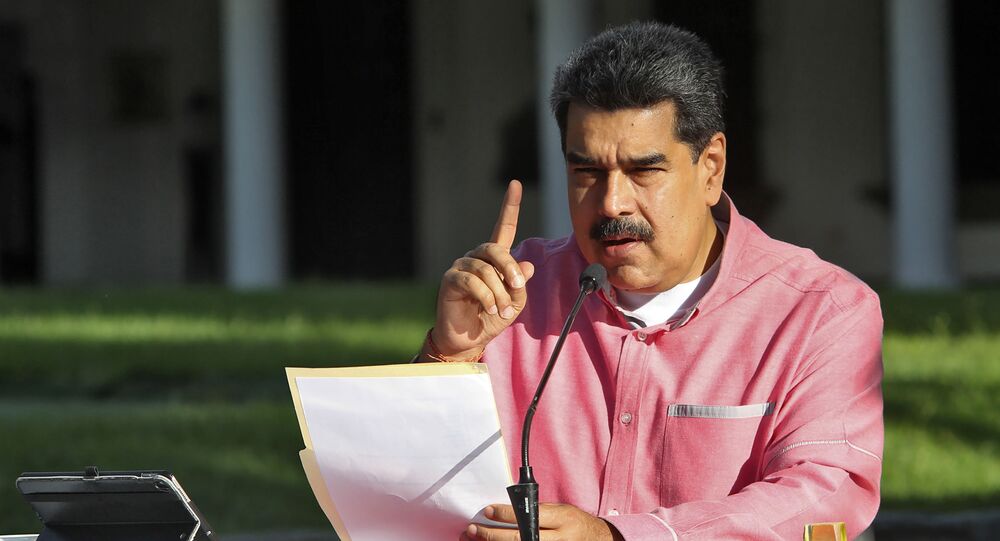 MEXICO CITY (Sputnik) - A group of eight Venezuelan federal ministers, including the former vice president and minister of communications, Jorge Rodriguez, will leave their posts to participate in the upcoming elections to the National Assembly, President Nicolas Maduro said.

"They consulted with me, and, according to the constitution, must leave their posts three months prior to the election date, 5 September",  Maduro said in a televised speech broadcast on his Twitter.

On Monday, the President pardoned more than 50 political figures in opposition parties. Many of those pardoned had been charged for their roles in the series of uprisings against the Venezuelan government in early 2019.

Elections to the Venezuelan National Assembly, led from January 2019 to January 2020 by opposition leader Juan Guaido, will take place on 6 December. A total of 26 opposition parties decided not to run in these elections.

Venezuela is rocked by a political crisis that intensified in January when merely two weeks after Maduro's inauguration for his second term, Juan Guaido illegally proclaimed himself 'interim president' and called on citizens to help him take power in the country.

Guaido immediately received support from the United States and some Latin American countries, including Colombia, while Maduro accused him of trying to stage a coup in Venezuela with the help of the US.