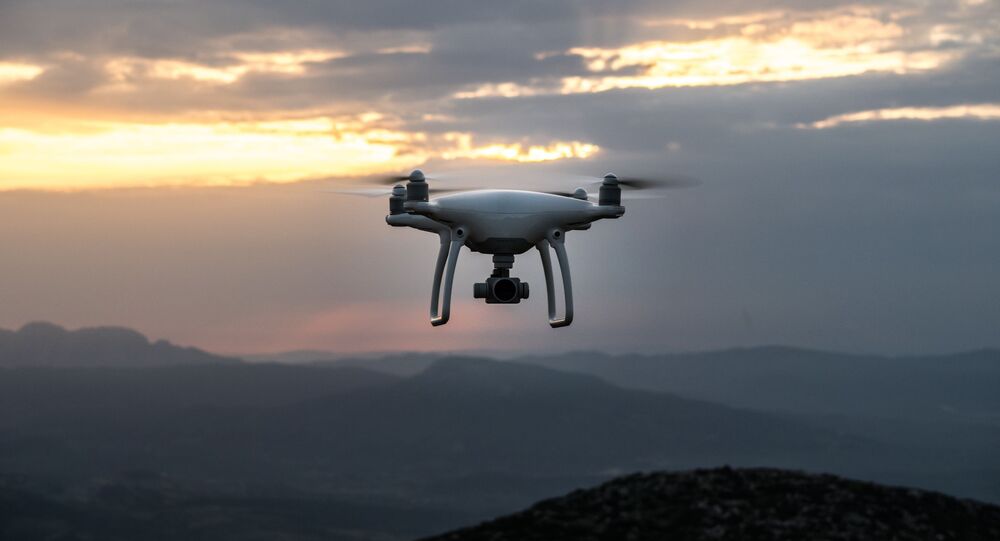 Mexican drug trafficking organisations (DTOs) have not only diversified their crime activities, resorting to extortion, kidnapping, oil theft, human smuggling, and other illicit enterprises, but have been using high-quality equipment, such as assault rifles and light machine guns, wearing ballistic vests like those used by regular armed forces.

Consumer drones are being increasingly ‘weaponised’ by Mexican drug cartels for use against their rivals, writes Forbes, citing reports in El Universal and other local news media.

Two drones were discovered in a car believed to be used by gunmen from the Jalisco New Generation Cartel (CJNG) by a citizens’ militia group in Tepalcatepec, Michoacán, set up to offer farmers protection from the cartel.

With plastic containers attached to them packed with C4 explosives and ball bearing shrapnel, the drones were likely being used as a new, sophisticated form of weaponry in the ongoing gang wars among cartels for control over territory.

Reports claim three other CJNG drones containing explosives were seized earlier in the year, among the weapons aimed at the rival Rosa de Lima cartel.

As far back as in 2017, four CJNG members were reportedly arrested with a drone carrying an improvised hand grenade, while in 2018 an armed drone was used to target the residence of a senior official in Baja, California in what was perceived as a warning, as the official was not at home, writes Forbes.

According to the militias, they have heard explosions seemingly produced by the drones, as the Jalisco New Generation Cartel, or Cartel Jalisco Nueva Generacion, in Spanish, is believed to be resorting to airborne attack tactics to wipe out their rivals.

© AP Photo
The first drone to be used by the Iraqi Air Force, loaded with ordnance, prepares to take-off to attack Islamic State group positions at an airbase in Kut, 100 miles (160 kilometers) southeast of Baghdad, Iraq (File)

Currently, the CJNG is estimated to control a third of the drugs exported to the US, and is said to be eager to gain a larger foothold in the illegal trade.

“The CJNG has been involved with such devices since late 2017 in various regions in Mexico. This cartel is well on its way to institutionalising the use of weaponized drones. None of the other cartels appear to presently even be experimenting with the weaponisation of these devices,” Forbes quoted Robert Bunker, director of research and analysis at C/O Futures, a California-based consulting firm, as saying.

Drug wars have long plagued the Latin American nation, with recent reports showing that the cartels have been increasingly resorting to sophisticated weaponry.

Commercial drones are easy to purchase, with the only challenge being to weaponise them, says Bunker.

“The limiting factor is not so much the availability of military-grade explosives — commercial or homemade explosives can be substituted — but the basic technical knowledge necessary to create improvised explosives devices or IEDs.”

The drones discovered in Mexico were reportedly wired for remote detonation, yet are less sophisticated than the bomber drones used by terrorist groups like Daesh* in the Middle East since 2016, writes the outlet.
According to Bunker, Mexico’s cartel as yet do not have access to munitions that are easily modified for drone use.

“Improvised drone bomb designs for terrorist and criminal organisations are still relatively unsophisticated from a nation-state and future potentials perspective… This is due to both the lack of technical sophistication of their bomb makers and the lack of computer, data/signals, and command and control expertise of their pilots,” says Robert Bunker.

Nevertheless, the expert suggests that the turf wars might motivate the cartels to further develop the technical means of their attack drones, similar to the ingenuity with which they modified commercial drones for smuggling drugs over the US border.

Back in 2012 border agents reportedly intercepted 150 drones, with ever larger models enabling smuggling of over a hundred pounds of drugs in one trip.

Accordingly, it is believed that the criminal gangs such as Jalisco New Generation Cartel may move to embrace more advanced drone weapons in their escalating war against rivals.

Back in July footage emerged allegedly showing fighters of the group armed with assault rifles, light machine guns, wearing ballistic vests akin to those used by regular armed forces. The video also featured at least nine trucks that had apparently been reinforced with heavy machine guns on top of them, with the trucks having dedicated manholes for gunners protected from the sides.

​According to data from the Congressional Research Service report, there are currently nine major Mexican drug trafficking organisations (DTOs).

Joaquín Archivaldo Guzmán, also known as El Chapo, once the world's most feared drug lord, was the leader of the notorious Sinaloa cartel. Convicted in 2019, he is now serving a life sentence in a US federal prison, having escaped several times after first being arrested in 1993.