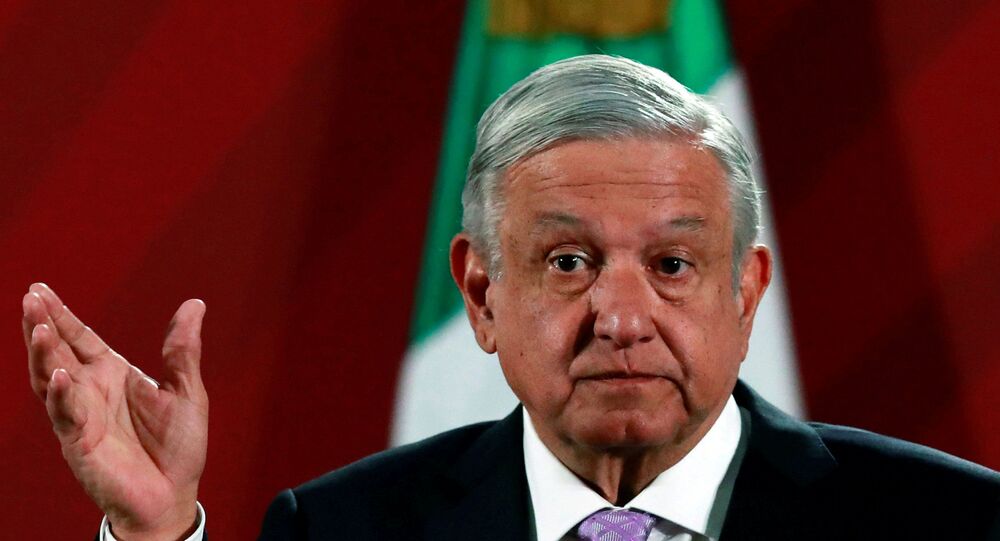 Mexican President: We Have Better Coronavirus Situation Than United States

The Trump administration has lifted its Level 4 advisory on global travel, but issued similar-level alerts for more than 50 countries, including Mexico, which has had far fewer deaths in both absolute and per-capita terms.

Mexican President Andres Manuel Lopez Obrador has said that the US coronavirus outbreak is worse than his country’s.

“Our situation is better,” Lopez Obrador told reporters at a press conference on Friday. “We have many fewer problems with the pandemic than the problems that, unfortunately, they are facing.”

His comments came the day after the US State Department dropped its Level 4 blanket advisory against traveling abroad. The government returned to country-specific levels of travel advice, which immediately put Mexico in the same Level 4 “do not travel” category, along with more than 50 other countries.

Mexico had long enjoyed a “Level 2” advisory, which urges travellers to exercise caution, though some Mexican states had higher-level advisories due to high levels of violence and crime.

According to the State Department’s new instructions, “Travellers to Mexico may experience border closures, airport closures, travel prohibitions, stay at home orders, business closures, and other emergency conditions within Mexico due to COVID-19.”

Mexico is ranked third globally in terms of overall COVID-19 deaths, with 51,300 people killed by the pandemic as of Saturday. The United States had the world’s biggest death toll (160,000), trailed by Brazil with close to 100,000 deaths.

However, the country is in 13th place globally when it comes to its death-per-capita rate – which stands at 40 deaths per 100,000 people, according to a database kept by Johns Hopkins University. This approach puts Mexico behind Latin American countries like Chile, Peru, and Brazil. The similar rate in the United States is at 49.