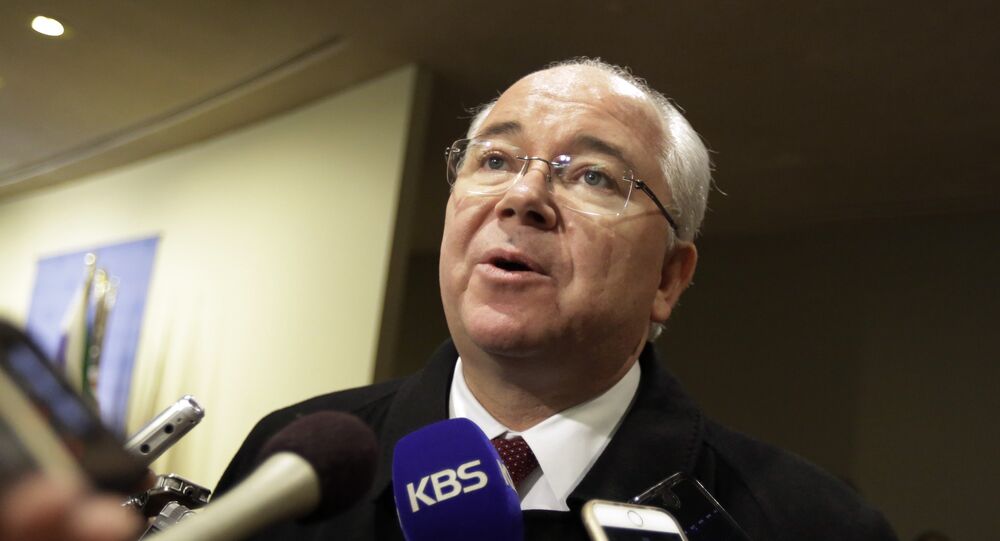 The Venezuelan Prosecutor General’s Office announced its intention to submit a request for Ramirez’s arrest and extradition to Interpol in early 2018, a month after launching a criminal investigation against the former official and his cousin over an alleged money-laundering scheme.

In a statement posted on its Facebook page on Friday, the Court specified that Ramirez is wanted in connection to alleged embezzlement, evasion of proper bidding procedures and association for the purposes of engaging in criminal activity.

The former official was a close ally of former Venezuelan President Hugo Chavez, and since his resignation in 2017 has accused the current government of “betraying the legacy” of the deceased democratic socialist leader and of mismanaging the country’s oil industry.

© AP Photo / Ariana Cubillos
Ex-Head of Venezuela's PDVSA Energy Firm Says Ready to Run for Presidency
In early 2019, after opposition leader Juan Guaido proclaimed himself ‘interim president’, Ramirez suggested that neither President Nicolas Maduro nor Guaido were fit to lead the country and promised that he could do a better job if elected.

Caracas has accused Ramirez of running "mafia-like" corruption schemes during his time as chief of PDVSA. The Prosecutor’s Office first announced plans to issue an international arrest warrant against him in early 2018, although his whereabouts were unknown at the time as he had gone into hiding. Among the allegations against him are that he was involved in a kickbacks-for-contracts money laundering scheme worth billions of dollars at the Private Bank of Andorra with his cousin and fellow former official Diego Salazar Carreno. Venezuelan authorities arrested Salazar in late 2017.

Andorra charged a group of 28 people including Salazar and Ramirez with money laundering in late 2018 following a five year investigation, with the alleged criminal conspiracy estimated to have siphoned off roughly $2 billion from PDVSA between 2007 and 2012 via clandestine illegal payments from companies in exchange for lucrative oil industry construction contracts, with profits said to have been hidden in shell companies set up in a number of countries.