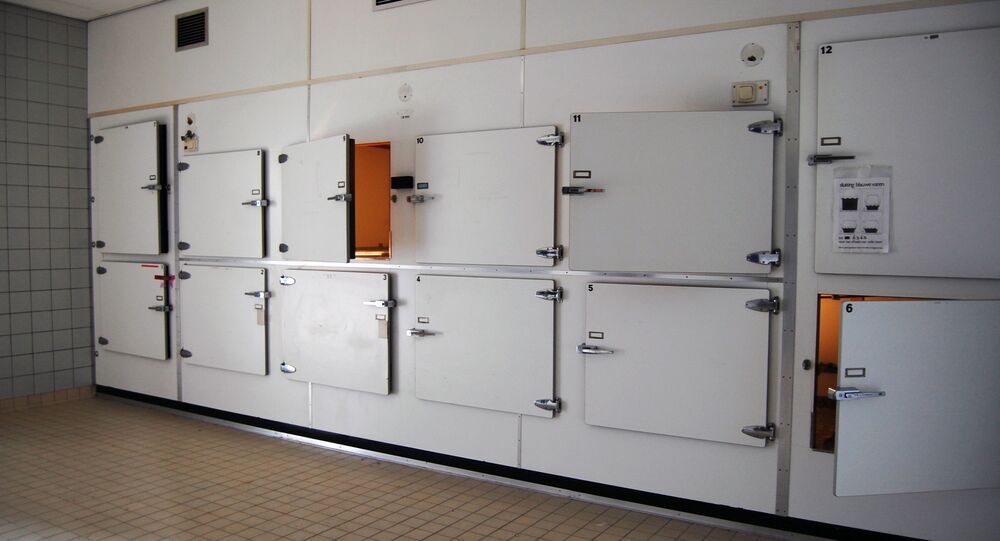 The macabre incident took place in Sincelejo, a city along the Colombian Caribbean coast about 530 km northwest of Bogota, earlier this month.

A patient in a Colombian hospital was declared dead and sent to the local morgue, only to be discovered alive and well by his relatives, local media has reported.

Mr. Juan Jose Munoz Romero, 67, was pronounced dead shortly after making his way to the Las Penitas health clinic in Sincelejo complaining of problems associated with a spike in blood pressure.

Two hours later, Romero’s family was informed that he was dead. Refusing to believe the hospital, family members demanded to see his body, but were turned away by doctors, who cited coronavirus-related health regulations.

Flaunting the regulations, Romero’s daughter secretly broke into the morgue anyway, only to find her father breathing and conscious inside.

According to the woman, even after she had discovered her father, doctors continued to insist that he was dead, and that what she had witnessed was a normal reaction of the body of the deceased.

Photo of Mr. Romero and the Penitas clinic. Tweet reads "Juan Jose Munoz Romero, 67, is conscious after being declared dead two hours after entering a clinic in Sincelejo.

Speaking to a local newspaper, the woman’s brother explained that his sister “did not believe that answer and decided to take the body from there and we took him to another clinic.” Unfortunately, he added, “all that time in the morgue had affected him and gave him ischemia,” a serious issue caused by the lack of blood to major organs.

Ultimately, Romero was taken to another hospital for treatment, and the family is now considering legal action against the Las Penitas clinic.

The clinic and local and health authorities have refrained from commenting on the case to the media.

Mistaken presumption of death is more common than is often assumed, although most cases aren’t as extreme as that of Mr. Romero, and limited to bureaucratic mix ups. In 2011, for example, a US Social Security Administration audit discovered that the agency had erroneously declared about 36,000 people dead over a three year period

Far less common are cases involving catalepsy, a condition in which the presumed deceased person’s body enters a trance or seizure-like state, including physical rigidity and loss of consciousness and sensation.

In 2018, authorities at a prison in Spain were given a fright after an inmate inspected by three doctors and declared dead was discovered snoring in the morgue just hours before an autopsy had been slated to begin.