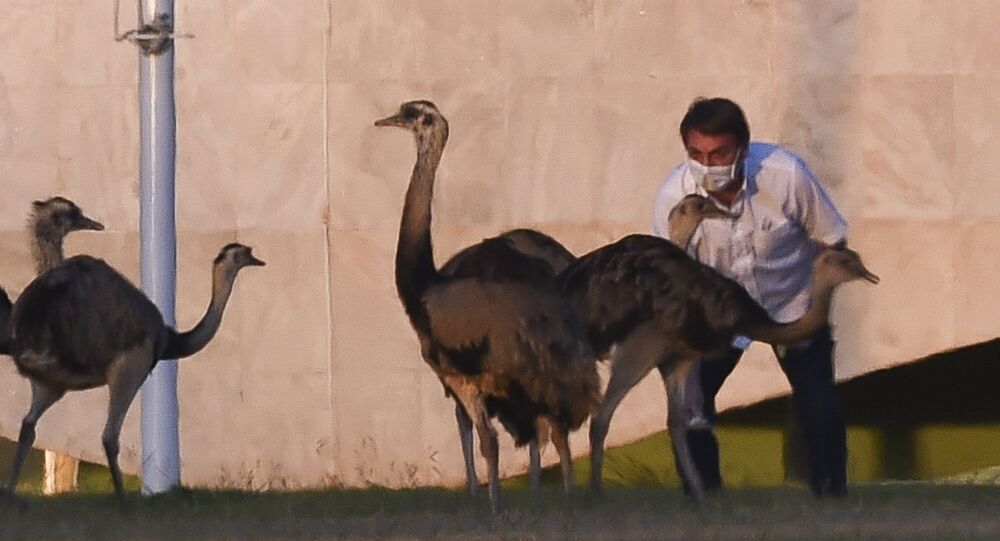 The president, who has entered his second week of quarantine after testing positive for coronavirus, has described his ordeal at the Alvorada Palace as “horrible”. An ostrich-like bird has apparently given him another reason to return to work as soon as possible.

Brazil’s President Jair Bolsonaro was bitten by a large bird during his coronavirus quarantine, according to the local news site Metropoles, which shared photos of the encounter.

Bolsonaro was seen feeding rheas – flightless birds native to South America and related to the ostrich and the emu – at the Alvorada Palace grounds on Monday when one of the avians reportedly “pecked” the president.

​​The president, who has staunchly objected to social distancing restrictions and the wearing of masks since the onset of the pandemic, went into quarantine at his official residence last Tuesday after testing positive for the novel coronavirus.

“I can’t stand this routine of staying at home. It’s horrible,” he told CNN Brasil over the phone on Monday, adding that he intends to take another test and return to work if he feels better.

Photos of the rhea incident took off on social media among Bolsonaro critics.

“This rhea represents us,” tweeted Margarida Salomão, a lawmaker from the Workers’ party.