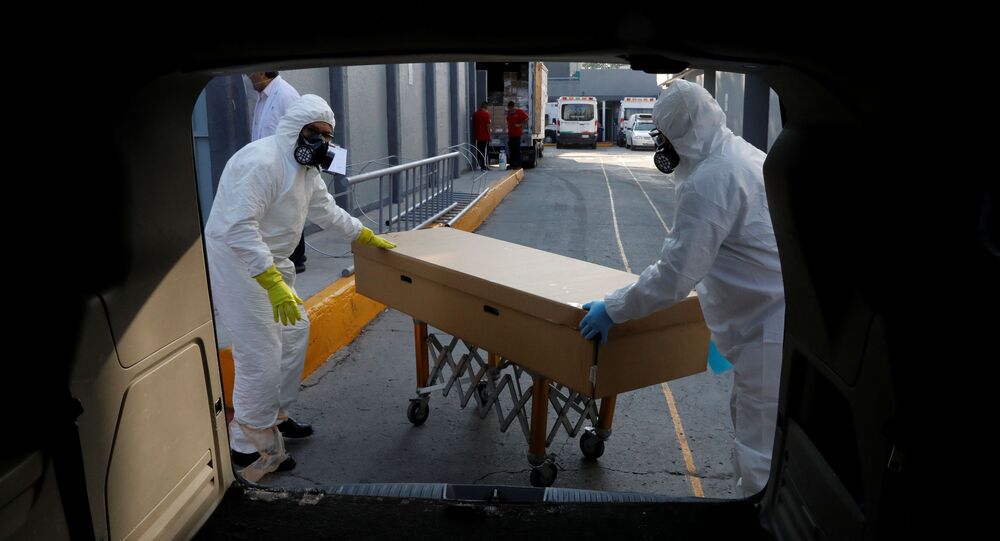 Mexico Could Be Significantly Downplaying Its Coronavirus Death Toll - Reports

MOSCOW (Sputnik) - The Mexican government may be downplaying tens of thousands of deaths from official coronavirus statistics, the Financial Times reported on Saturday, citing a compilation of independent studies.

According to the report, the reason that official statistics may be incorrect stems from Mexican health authorities only reporting cases and deaths confirmed in labs. The state health apparatus also does not conduct many tests, according to reports. Noting that some 67 percent of roughly only 610,000 total tests came back positive, the newspaper opined that chances are that many more cases have been missed.

Case reporting has been delayed and only figures ascribed to the previous month have been made available, the report stated.

A study by researchers Mario Romero and Laurianne Despeghel has shown, cited in the report, that the true death toll is at least 3.5 times higher than official statistics from Mexico City show.

Another cited study, conducted by Mexican professor Raul Rojas, found that Mexico could have as many as 6 million cases and close to 78,000 deaths, almost three times that of the official numbers.

According to another study cited in the report, there has been a 126 percent increase in the number of death certificates issued in Mexico City since the start of the pandemic, regardless of the cause of death, compared to the same period's average over 2016-2018.

Latin America has currently emerged as the world's fastest-growing outbreak hotspot. As pointed out by the Financial Times, Brazil remains the region's nation with the highest death toll, but converted to a per capita statistic, Mexico is not far behind.

The report argues that the surest way to judge genuine statistics is by comparing the number of deaths with the averages of previous years.

Mexico City officials have so far reported 245,251 cases and 29,843 fatalities from the ongoing COVID-19 pandemic.

Esper Authorises Deployment of 4,000 US Troops to Border With Mexico, Pentagon Says