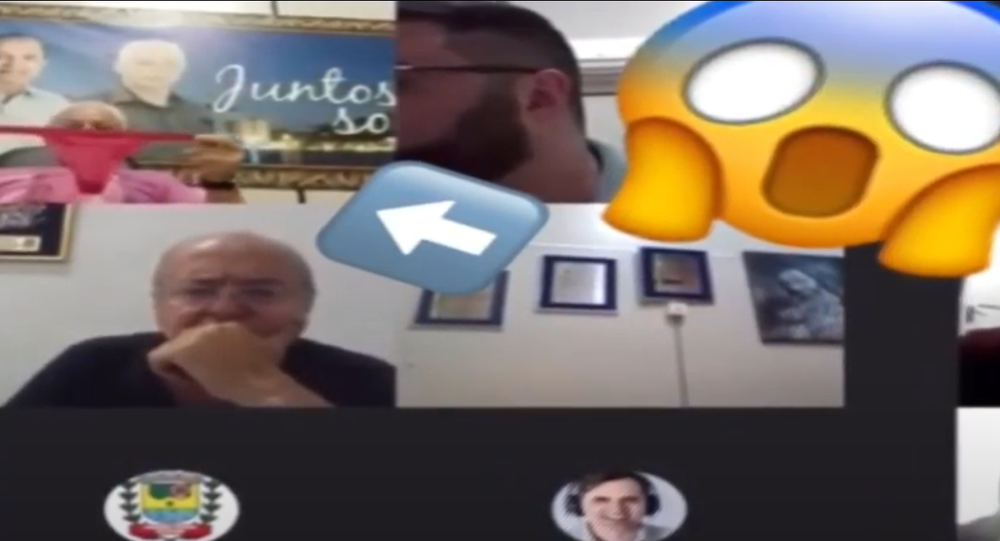 The politician argued that the panties he ended up sniffing were actually edible, and that they were sent to him "as a joke" by a friend.

A member of Brazil's Social Christian Party named Ditinho do Asilo has apparently landed in hot water after a bizarre episode that occurred during an online meeting of the Braganca Paulista Town Council, the Irish Sun reports.

In the video of said meeting, which has since emerged on social media, the politician can be seen producing a pair of red female panties and, after thoroughly inspecting them, proceeding to sniff them.

According to the newspaper, do Asilo attempted to explain his behaviour by saying that the item in question was edible, and that he received it by mail, adding that he wasn't aware of the fact that his camera was on at the time.

"It was a misfortune of my lack of practice with this technology. I wore a pink shirt and, as a joke, a friend sent me these knickers", he said. "It was an edible item from one of those sex shops. That’s why I sniffed it. I have a family. It was just a joke that, because of my naivety, became public."

The council is currently looking into the matter and is yet to announce any measures that may be taken in regard to that incident, the newspaper adds.