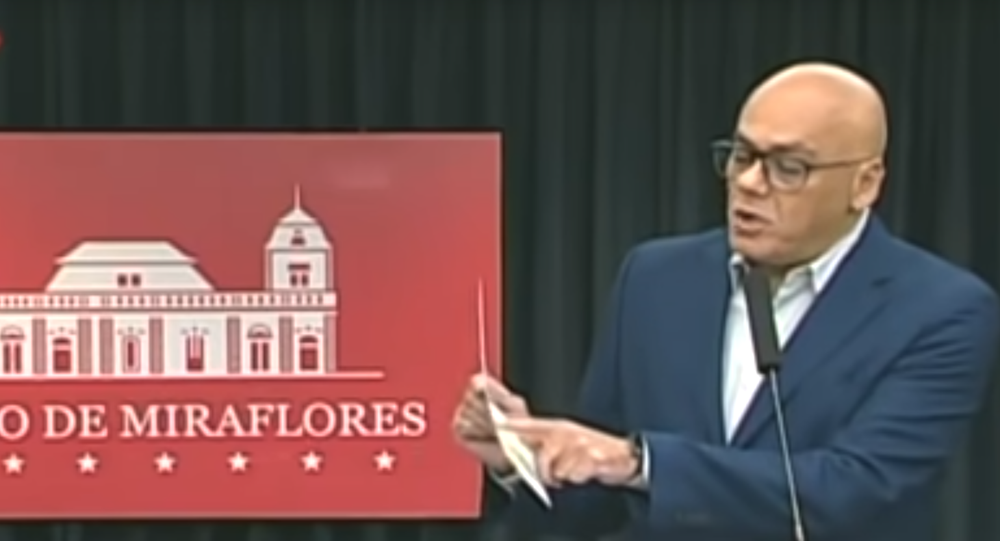 The conspirators, led by two members of the American private security company Silvercorp that was purportedly hired by opposition leader Juan Guaido, were planning to kidnap President Nicolas Maduro and take him to the US. The raid was thwarted by the Venezuelan military in its early stages.

Venezuela has complained that the building of Spain's Embassy in Caracas served as a base for the planning of the botched operation to kidnap President Maduro, which was reportedly organised by the country's opposition forces. Addressing the nation on television, Minister of Popular Power for Communication and Information Jorge Rodriguez accused Spain of covering up for the opposition and its plans to murder Venezuelan officials.

"Does the Government of Spain know that Leopoldo Lopez continues to make videoconferences with the sole purpose of discussing his plans to assassinate President Nicolas Maduro? Does the Spanish government have anything to say about this?" Rodriguez wondered.

The minister also said that he had invited High Representative of the EU for Foreign Affairs Josep Borrell to speak out on the matter of one of the bloc's members lending its embassy to those who plot crimes against Venezuela.

© REUTERS / Manaure Quintero
Venezuelan opposition leader Juan Guaido, who many nations have recognised as the country's rightful interim ruler, takes part in a gathering with supporters in Caracas, Venezuela September 30, 2019

The communications minister went on to slam another prominent opposition figure - Juan Guaido, calling him a "tool" of the "most radical right-wing forces" of US President Donald Trump and Lopez's "puppet". Rodriguez accused Guaido of only pursuing the goals of "seizing power and stealing money", adding that the man had already become "multimillionaire" with the money he stole from Venezuela’s bank accounts in the US.

Lopez has been hiding in Spain's Embassy in Caracas since May 2019, after a military coup organised by self-proclaimed interim President Juan Guaido failed to topple the country's elected President Nicolas Maduro.

The Venezuelan military thwarted on 3 May an attempted naval raid by heavily-armed mercenaries arriving from Colombia who were planning to topple Nicolas Maduro by securing Caracas Airport, kidnapping the president, and taking him out of the country, purportedly to the US.

Two of the detained mercenaries turned out to be employees of the American private security company Silvercorp - Luke Denman and Airan Berry. Both confirmed that they were hired to train a group of plotters to kidnap Maduro and that the company was hired by Venezuelan opposition leader Juan Guaido.

President Nicolas Maduro has accused the US and POTUS Donald Trump personally of being the masterminds behind plans to topple him. Washington has actively supported Guaido ever since he proclaimed himself the interim president in January 2019. Media reports also suggest that the US helped Guaido organise another coup attempt on 30 April 2019, during which the self-proclaimed interim president unsuccessfully tried to get the Venezuelan Army to join his cause of ousting Maduro.