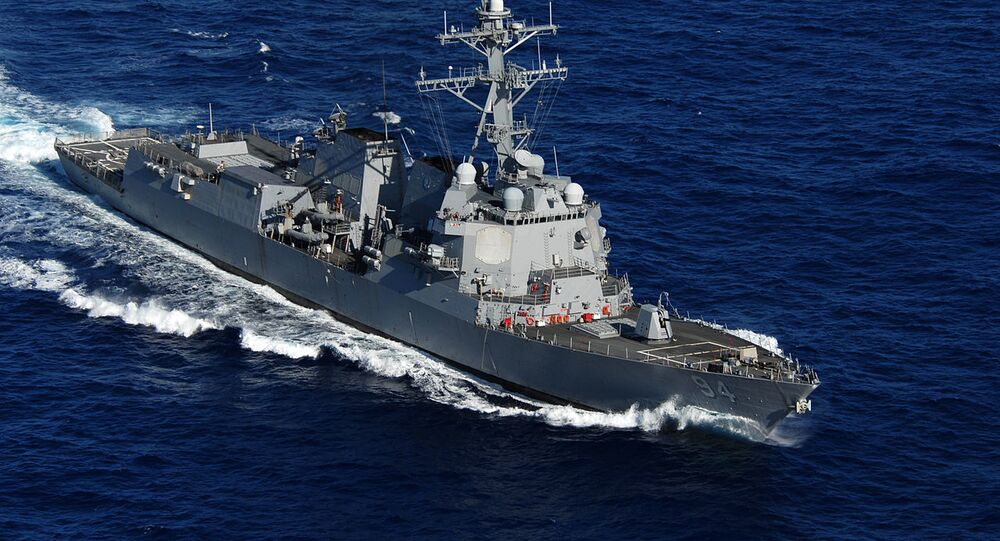 Be Ready for ‘Forceful Response’, Venezuelan MoD Warns US Navy on Its Caribbean 'Act of Provocation'

On Tuesday, the US Southern Command said that the American Navy missile destroyer USS Nitze had carried out a "freedom of navigation" mission in the vicinity of Venezuela’s coast.

“A US Navy destroyer approached within 30 miles [48 kilometres] of the coast, in a clear act of provocation. It cannot be termed otherwise […] it is a clear defiant act”, Padrino told a military gathering in the northern state of Carabobo on Wednesday.

He also cautioned that if the US warship conducted “military operations” in Venezuelan waters, it “will receive a forceful response from our armed forces”.

The statement followed the US Southern Command saying in a press release on Tuesday that the US Navy guided missile destroyer USS Nitze “conducted a freedom of navigation operation […] in international waters outside Venezuela’s 12 nautical-mile territorial jurisdiction”.

According to the press release, US Navy and Coast Guard vessels are currently operating in the Caribbean “as part of the president [Trump]’s enhanced counter-narcotics operation”.

The same anti-drug goal was mentioned by the US Air Force (USAF) last week, when they dispatched two surveillance aircraft to a base located a few dozen miles off the Venezuelan coast.

This was preceded by Washington designating several top Venezuelan officials, including President Maduro, as “narco-terrorists", filing federal indictments against them and issuing multimillion-dollar rewards for their capture. Maduro refuted the accusations, stressing that the US “laid new false charges” and that “Venezuela has been at the forefront of the fight against illegal drug trafficking for 15 years”.

The US counter-narcotics missions come after Washington’s so-called “maximum pressure” on the government of Venezuelan President Nicolas Maduro failed to deter a huge shipment of Iranian gasoline to the South American country late last month.

The deliveries were followed by Washington slapping sanctions on the captains of five Iranian tankers that delivered an estimated 1.5 million barrels’ worth of gasoline to Venezuela, in a move that was slammed by Venezuelan Foreign Minister Jorge Arreaza as “an outburst of arrogance”.

According to him, the sanctions indicate “more evidence of the Trump hawks’ hatred of all Venezuelans”.

In order to topple democratically elected President Nicolas Maduro, Washington started slapping tough economic sanctions on the Venezuelan economy, which is in the grip of an ongoing crisis, back in 2018.

Part of America's sanctions pressure was the freezing of US-based assets of the national oil and gas company Petroleos de Venezuela (PDVSA), something that was slammed by Caracas as an unlawful move and an attempt by Washington to get its hands on Venezuela's oil reserves.