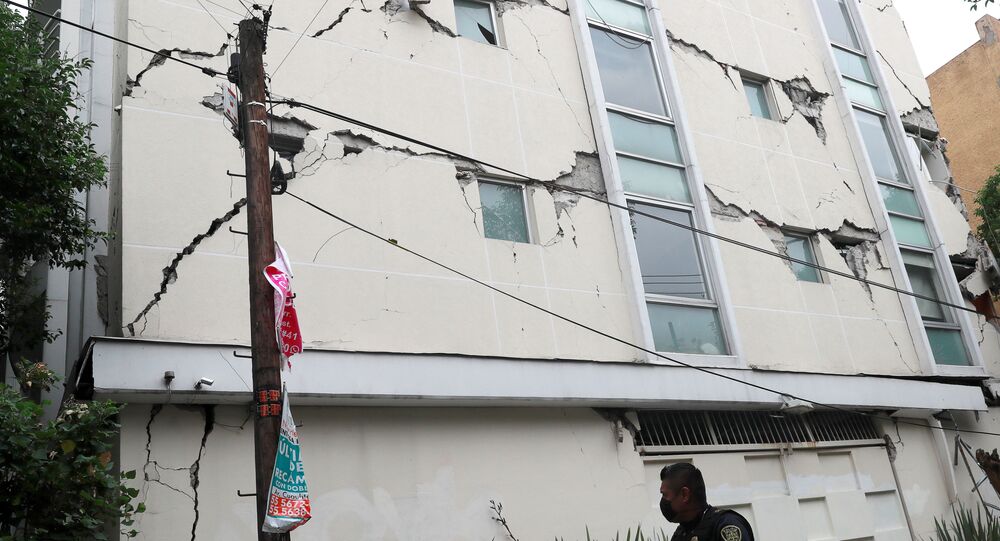 MOSCOW (Sputnik) - A 7.7 magnitude earthquake, damaged 55 cultural heritage sites in the Mexican state of Oaxaca, the country's Secretariat of Culture said on Wednesday.

"The National Institute of Anthropology and History (INAH) and the Oaxaca Institute of Cultural Heritage state in their latest report that 55 objects of cultural heritage were damaged in Oaxaca, the epicentre of the earthquake," the ministry said in a statement.

It added that 40 objects received minor damages, 11 – medium and four – serious. Several museums, cathedrals, temples and archaeological sites were damaged during the tremors.

© REUTERS / JORGE LUIS PLATA
Earthquake in Mexico Kills Six, Leaves 30 Others Injured
The earthquake hit the south of Mexico on Tuesday. Four deaths were reported by the Mexican Security and Civil Protection Secretariat. The fifth death was reported by Oaxaca Governor Alejandro Murat.

All fatal cases were recorded in Oaxaca, where the epicentre of the earthquake was located. The national civil protection authority, in turn, said more than 30 had been injured.