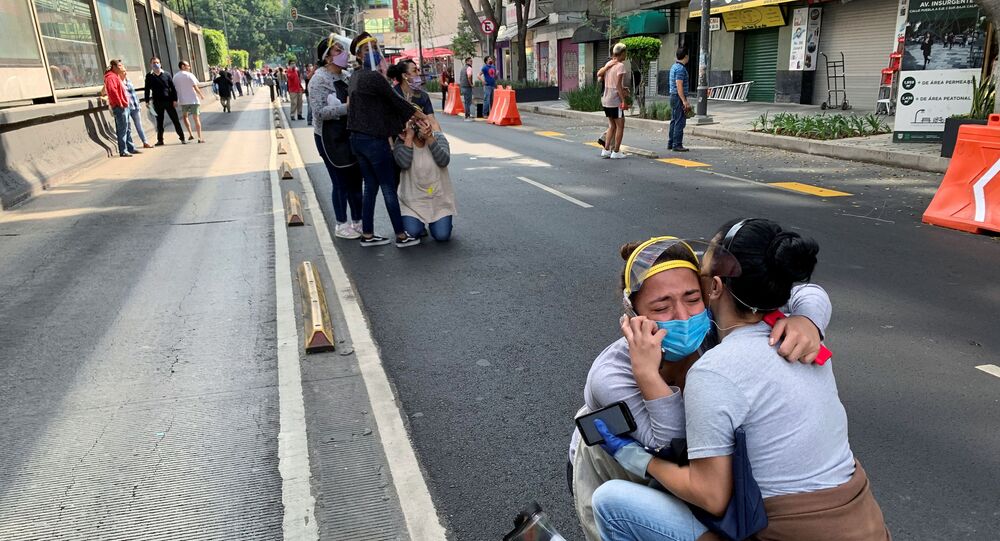 Mexico is located on the seismically active territory. In late-May, two earthquakes of 6.1 and 5.5-magnitude struck the country, though no tsunami warning was issued at that time.

The governor of the southern Mexican state of Oaxaca stated on Tuesday that at least one person has been killed and another has been injured following a 7.4-magnitude earthquake that shook Mexico on earlier this day.

"The hospital in Huatulco is damaged, it will be necessary to move patients. According to preliminary information, one person has died after the facade of a building collapsed, another one was injured," Alejandro Murat Hinojosa said as cited by Canal 6.

Videos and photos that have appeared on social media show people rushing on the streets from their homes after city alarms alerted residents minutes before the tremors.

Earthquake in Mexico City- still occurring - not sure where epicenter is nor if there is any real damage pic.twitter.com/KDAou9YhPG

A Sputnik correspondent in La Crucecita described the jolts as mild.

The epicentre of the earthquake was 7.4 miles southeast of the city of La Crucecita in the state of Oaxaca.