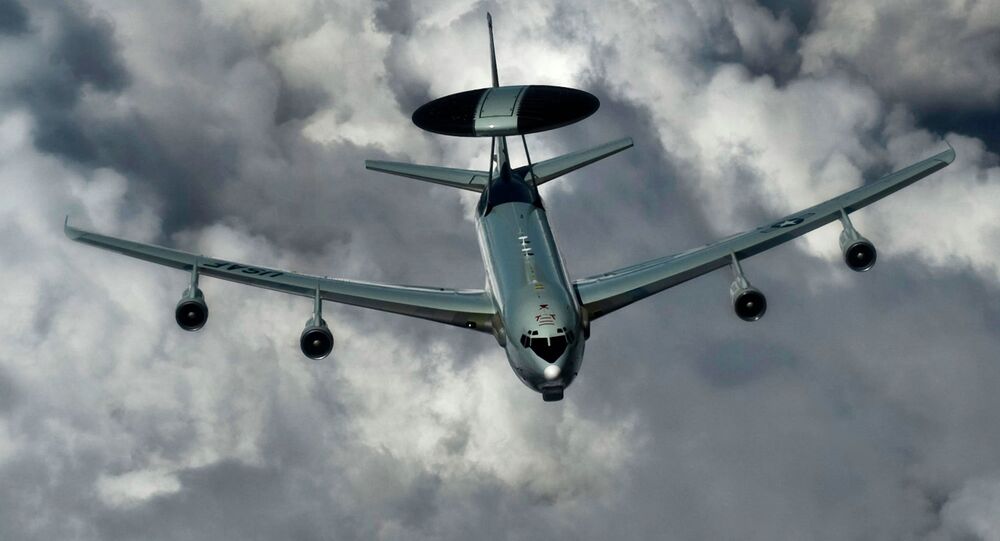 The US Air Force has dispatched two surveillance aircraft to a base just off the Venezuelan coast for what it calls “counter-narcotics operations.” The move comes as Washington looks to enhance its “maximum pressure” against the government of Venezuelan President Nicolas Maduro.

Several intelligence-gathering aircraft and support planes have flown to Curaçao’s Hato International Airport with about 200 personnel for what US Southern Command (SOUTHCOM) says is a temporary assignment.

While the statement makes no specific mention of Venezuela, there can be little question at which country the operation is aimed. The island sits just a few dozen miles off the Venezuelan coast.

The E-3 Sentry, an airborne early warning aircraft with a huge radome on top, was spotted flying to Curaçao on Monday, as was a C-5 Galaxy transport aircraft, possibly carrying support crew and equipment.

​The flights are notable also since Washington and its allies typically raise alarm when Russian or Chinese aircraft make entirely routine flights within or in direct proximity to their own territories, but behave as if basing their own spy planes just miles off the coast of a foreign power is routine.

The US has been using counter-narcotics missions as a way to bring additional pressure against the Venezuelan government, especially after US “maximum pressure” failed to deter a huge shipment of Iranian gasoline to the South American country last month.

In April, the Trump administration announced new “enhanced counter-narcotics operations” in the Caribbean, claiming that drug runners were using the crisis created by the COVID-19 pandemic to step up their shipments into the US.

Around the same time, Washington designated several top Venezuelan officials, including Maduro, as “narco-terrorists,” filing federal indictments against them and issuing multimillion-dollar rewards for their capture. Shortly thereafter, a group of US-based mercenaries, many of whom were former US Special Forces operatives, attempted an ill-fated kidnapping operation aimed at capturing Maduro, but their efforts were interrupted by Venezuelan fishermen, who captured them.

Numerous US surveillance and maritime patrol aircraft have since been spotted in the Caribbean and even just off the Venezuelan coast, including a P-3 Orion ship hunter-killer aircraft and an E-8 JSTARS electronic surveillance aircraft.

A @usairforce RC-135 Rivet Joint spy plane did a few laps off the coast of the Colombia-#Venezuela border today, just days after a failed invasion by US-backed mercenaries. https://t.co/64jvNX8IIG

​When five Iranian tankers arrived in May amid fears that a squadron of US Navy warships dispatched to the Caribbean would attempt to intercept them, the Veneuzelan military deployed to another coastal island and sent its own escorts to guide the tankers in, all of which arrived without incident. However, amid the uproar from Washington and new threats of sanctions, several other aid vessels were intimidated into turning back, including two ships sailing under the Liberian flag, Sputnik reported.

Since January 2019, the US has claimed Maduro’s presidency has no legitimacy, and Washington has supported opposition figure Juan Guaido as the country’s legitimate interim leader. Despite several coup attempts, Guaido’s movement has failed to gain power in the country, and the US has steadily increased economic and political pressure on Venezuela with sanctions and support for clandestine rebel groups in the country in a bid to force Maduro from power.