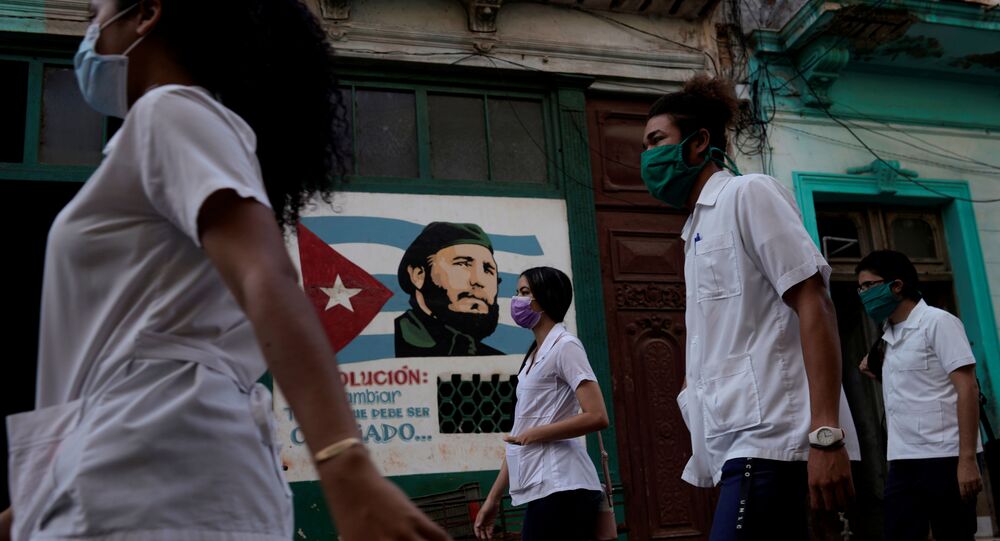 On Wednesday, US Secretary of State Mike Pompeo announced that the Trump administration had added seven new subentities to the Cuba Restriction List under a pretext that profits from these businesses are being used by the Castro regime to "to oppress the Cuban people and to fund its interference in Venezuela".

Bruno Rodriguez, Cuba's Foreign Minister, denounced US-imposed sanctions on the country in his Twitter account, slamming them as "shameful and criminal", while noting that new sanctions are "designed to affect Cuban families".

​The criticism followed an announcement made by Pompeo that the US would add seven subentities to the Cuba Restricted List because, as Pompeo claims, these businesses "disproportionately benefit the Castro dictatorship", which, according to the top US diplomat, uses profits from the designated subentities for "oppressing the Cuban people" and "funding interference in Venezuela".

While the whole list of allegedly "military-controlled" or "military-owned" entities that are targeted by the newly imposed US sanctions has not been revealed, Pompeo pointed at one - "financial institution FINCIMEX" - that, according to Pompeo, "controls the flow of hard currency that belongs to the Cuban people". Among other targeted entities were unnamed hotels, scuba-diving centres and a marine park for tourists.

Tensions between the United States and Cuba originally began when the US imposed an arms embargo on the country in 1958, restricting travel and financial transactions. Although relations between Washington and Havana were relaxed during the administration of US President Barack Obama, the Trump administration quickly reintroduced tougher measures.

In September 2019, the US imposed sanctions on Cuba's leader, Raul Castro, as well as members of his family for supporting Venezuelan President Nicolas Maduro, whom the Trump administration considers an illegitimate leader, supporting instead self-proclaimed 'interim president' Juan Guaido.

Cuba Giving Hope to Doctors Worldwide Despite US 'Terror' Accusation