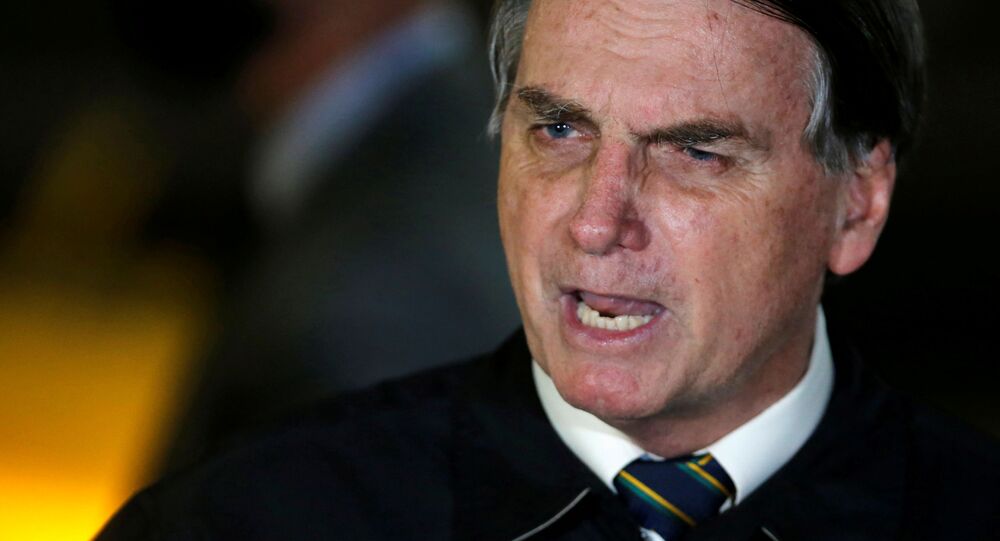 Police on Wednesday searched addresses linked to several Bolsonaro allies and supporters as part of an investigation into a network that allegedly spread fake social media news against Brazil's Supreme Court.

Brazilian Preisdent Jair Bolsonaro has accused his political opponents of orchestrating police raids on his online supporters in a bid to oust him from office.

The country's Supreme Court last year launched a criminal probe into "fake news and internet threats" targeting the court, its members and family members. The court suspects that a network of social media accounts that is harrassing the judges online could be financed by a group of business leaders linked to the government.

Federal police on Wednesday conducted raids on the homes and offices of some of Bolsonaro's backers in five states and the Federal District that incorporates the capital, Brasilia, as part of the investigation.

Bolsonaro’s son Carlos rebuked the investigation as “unconstitutional, political and ideological”, while presidential adviser Filipe Martins lamented that those targeted are being "treated like criminals for daring to express views that displeased the establishment." The searchers were praised by left-wing opposition leaders.

Bolsonaro frequently clashes with the Supreme Court over rulings that limited his authority, including one in April that handed state governors the power to impose coronavirus restrictions despite his plans to reopen the country.

Just like Bolsonaro, his supporters have often crticised the rulings and the justices, staging small rallies in front of the court in Brasilia (the president even personally headlined one this month).

Allan dos Santos believes that his home was searched because he once said that a Supreme Court judge should be arrested.

Because I said that @alexandre, a Supreme Court Judge, needs to be arrested for being a criminal... Guess who sent the Federal Police to my house? I was treated like a criminal by who should be in the JAIL. There is no democracy in Brazil. Period.

Robert Jefferson accused the court of trying to "create a Thought Police, to impose censorship and sanctions on points of view that are not in line with the 'truth' they want to impose."

​The court last month also opened a separate investigation into Bolsonaro's alleged attempts to interfere with federal police. The president denies any wrongdoing.