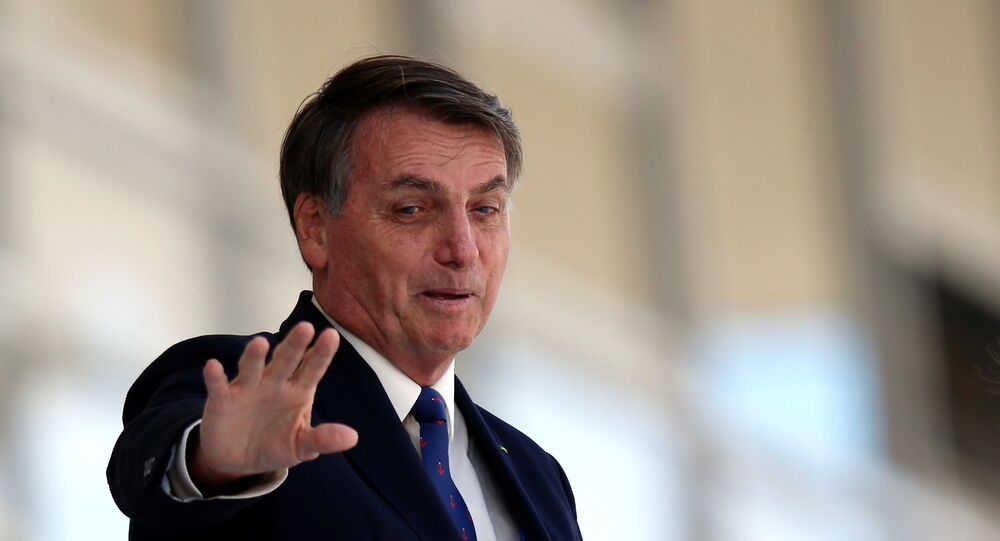 On Sunday, the Trump administration suspended entry into the US for foreigners who have been to Brazil in the last 14 days due to the increasing number of coronavirus cases in the South American nation.

Brazilian President Jair Bolsonaro has come under further pressure in his country and beyond after a new US entry ban, imposed by Bolsonaro’s “political idol” Donald Trump, The Guardian reports.

According to the newspaper, the news proved to be a blow to Bolsonaro who “touts his supposed closeness to Trump as proof of him steering” his country in the right direction.

The Brazilian president’s political opponents, The Guardian went on, were quick to describe the US entry ban as “a humiliating snub” and proof that Bolsonaro’s respectful attitude to Trump was “misguided”.

“Brazil: a health risk to the world thanks to Jair Bolsonaro. Even the US – whose president’s boots he licks – has banned the entry of Brazilians”, Valmir Assuncao, a congressman from the left-wing Workers party, tweeted.

He was echoed by Communist Party lawmaker Alice Portugal who wondered in a tweet whether Bolsonaro is “going to keep marching around with the American flag now”.

Brian Winter, the New York-based editor of the news outlet Americas Quarterly, was cited by The Guardian as saying that the warm ties between the US and Brazil played a role in that “the Trump administration waited as long as it possible could to take this measure”.

However, “even this friendship cannot protect you from being banned if you are passing the 20,000 deaths mark and you can’t get your curve under control”, Winter argued.

According to him, “it’s a terrible irony that the US has banned travel from the country that most closely imitated” Washington’s approach to tackling COVID-19.

The editor described the situation as a “very sad indictment of the COVID-19 policies really in both countries – because Bolsonaro has clearly been imitating both the actions and the rhetoric of the United States”.

Former Brazilian President Luiz Inacio Lula da Silva, in turn, said in a recent interview with The Guardian that he cannot remember a single president in the history of Brazil since 1889 who has been “so discredited and disrespected in the world as Bolsonaro”. Da Silva asserted that “today not even Trump takes Bolsonaro seriously”.

The view was supported by six former Brazilian ministers in an open letter issued earlier in May, in which they slammed Bolsonaro’s “shameful” subservience to Trump.

On Sunday, President Donald Trump suspended entry into the US for foreigners who have been to Brazil in the last 14 days, according to a White House press release.

Citing the number of coronavirus cases in Brazil, the statement said that the action will "help ensure foreign nationals who have been in Brazil do not become a source of additional infections in our country". White House Press Secretary Kayleigh McEnany stressed that the new travel restrictions will not apply to the flow of commerce between the US and Brazil.

The entry ban comes as Brazil remains the number two country in the world after the US in terms of confirmed COVID-19 cases which have soared to 347,398 as of 24 May, according to Johns Hopkins University data.