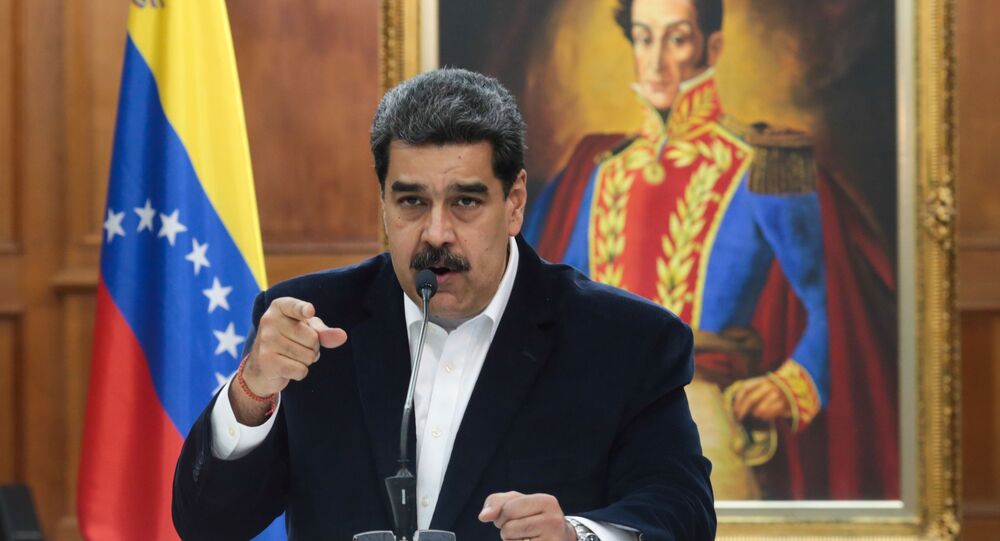 In the mid-March, Venezuela declared a state of emergency in the country due to the spread of coronavirus; so far, the country has registered only 824 cases of the infection and 10 deaths. However, 44% of these cases were diagnosed in the last five days, as many of the new patients were reportedly returning from Colombia.

“Two weeks ago, I denounced the order given by Ivan Duque. [There was] a very ill-fated meeting that ordered to do everything that could be done to infect Venezuela,” Maduro said as quoted by EFE.

According to the president, 66 cases of coronavirus out of 75 registered on Wednesday, were “imported” from Colombia, as “informal steps” were taken by “organised gangs” to infect the country’s citizens with COVID-19. Maduro, noting that the situation is still under assessment, suggested that Venezuelans could have been infected on the buses used to transfer them to the border area between two countries, as they were allegedly healthy when leaving Bogota and only in contact with their relatives.

“It is hard [...] but it is harder for them to pollute the country, for them to enter and pollute all of Venezuela, as Iván Duque wishes [...] all these things that I say is because I have the evidence in hand,” the president reportedly said.

© Sputnik / Sergey Guneev
‘Private Coup’: Former Green Beret Was Reportedly Behind Botched Attempt to Topple Maduro
According to official estimates, 824 cases of coronavirus have been registered in Venezuela since 13 March, when the first cases of infection were reported in the country. Venezuela rushed to immediately declare a national state of emergency and introduce quarantine measures across the country to prevent the spread of the disease.

Venezuelan authorities say that out of all the registered cases, 44% were reported over the last five days. Maduro specified that all of the newly infected people travelling from Colombia, which has registered 17,687 cases so far, will remain at the land border until they are corona-free.