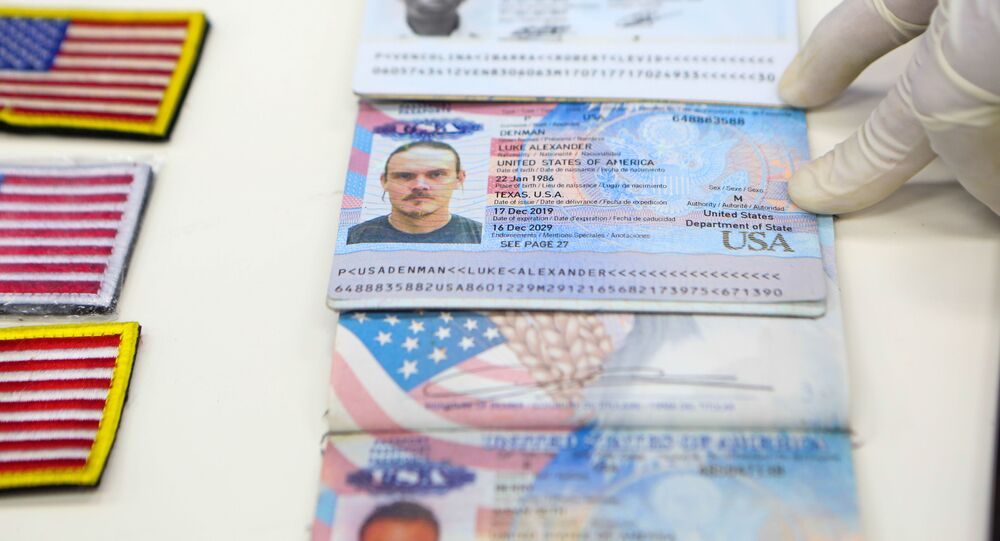 CARACAS (Sputnik) - A national court in Venezuela has ruled to take two US citizens into custody for being involved in the failed maritime invasion of Venezuela, the country’s Supreme Tribunal of Justice has announced.

"The 4th National Court on Terrorism and Related Crimes, issued a measure of preventive judicial deprivation of liberty of US citizens Luke Alexander Denman and Airan Berry, for the presumed commission of crimes of terrorism, illicit trafficking in arms of war," Venezuela’s supreme court said in a statement on Saturday.

Over a dozen other people are also being arrested, according to the statement.

On Friday, the Venezuelan Prosecutor-General's Office issued arrest warrants for Jordan Goudreau, CEO of the Silvercorp USA private military company, and 21 other people over their role in the recent attempted invasion in the Latin American country.

US citizens Luke Denman & Airan Berry are among them pic.twitter.com/1o3cGstd6a

One of the detained individuals, US national Luke Denman, who works for Silvercorp USA, said during an interrogation that the group's aim was to seize the Caracas airport and control it until Venezuelan President Nicolas Maduro would be flown to the United States.

The Washington Post newspaper has published a document that showed the Venezuelan opposition had signed a $213 million contract with Silvercorp USA in October 2019 to topple Maduro.

On Friday, the White House National Security Council denied Washington’s involvement in the botched plot in Venezuela and said that any American-orchestrated operation would have been direct and effective. US President Donald Trump said on Friday that he had nothing to do with the Venezuela plot and referred to the militants as "a rogue group."

Colombia denied any involvement in the failed boat invasion, with the country’s Foreign Ministry saying in a statement that the Venezuelan government was just trying to deflect attention from the "internal crisis" in the country.