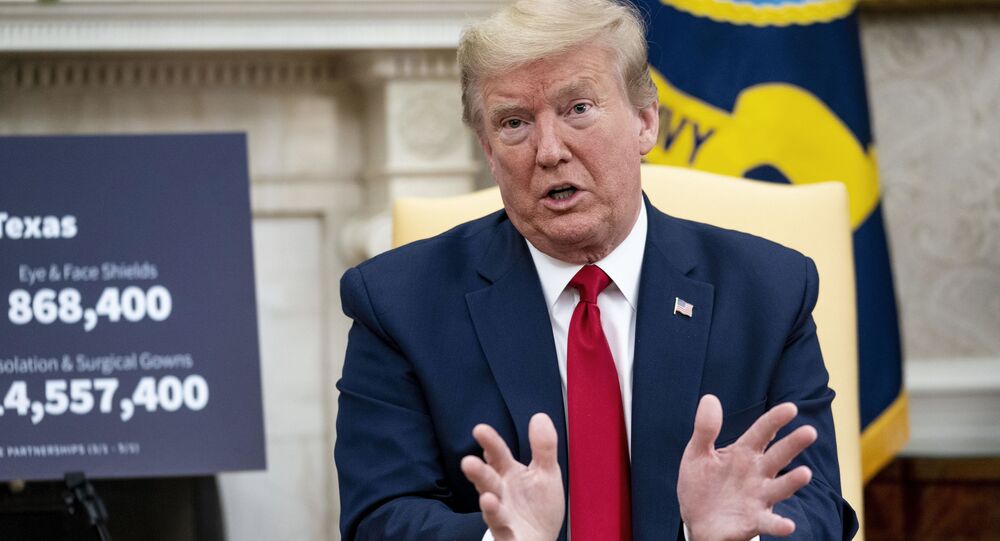 Previously, one of the two American citizens arrested in Venezuela admitted to working for a private US military company called Silvercorp USA with the aim of kidnapping Venezuelan President Nicolas Maduro, who has accused Donald Trump of orchestrating the botched raid.

US President Donald Trump has once again denied his alleged involvement in a failed armed raid on Venezuela claiming that he knows "nothing about it". He went on to argue that if he had wanted to do something like that, he would have done it in a different fashion than the plotters captured by the Venezuelan military.

"I wouldn't send a small little group, it would be called an army. If we ever did anything about Venezuela [...] it would be an invasion", Trump said.

The POTUS went on to say that he wouldn't make a secret out of his plans to attack Venezuela if he were to choose to do so. Trump called the captured plotters a "rogue group" consisting mostly of non-Americans.

"A lot of Venezuelans [in that group], I think people from other countries also [...] I saw their pictures on a beach. It wasn’t led by General George Washington, obviously", the US president said.

The Venezuelan military captured 13 people involved in an attempted armed naval raid on the country on 3 May, with two of them being US citizens. One of the Americans, Luke Denman, later confessed on 6 May that the group was plotting to kidnap Venezuela’s President Nicolas Maduro and that he worked for a private US military company called Silvercorp USA.

According to Denman, his mission was to train Venezuelans in Colombia to prepare them for the raid. The operation was supposed to involve between 60 and 70 men split into groups of 20 each. They were meant to kidnap Maduro, secure Caracas Airport, and from there get the president out of the country for subsequent prosecution in the US.

Head of Silvercorp, Jordan Goudreau, later revealed that the company had been hired for the job by Venezuelan opposition leader Juan Guaido, who is supported by the US but denies working with the military firm. President Maduro, in turn, believes that the US and President Donald Trump are the real masterminds behind the botched kidnapping.

A recent report by The Washington Post, citing a member of Venezuela’s opposition, suggests that Guaido promised to pay $213 million to Silvercorp for the raid, but ultimately didn’t pay a dime, according to the newspaper.

US Pressure on Venezuela

Venezuela has been facing a major economic crisis, which was exacerbated in 2018 by sanctions imposed by the US on the country's economy that significantly impaired Caracas' ability to sell oil and attract investors. The White House has been demanding that Venezuela’s elected President Nicolas Maduro step down, promising to lift sanctions if he does.

© AP Photo / Jacquelyn Martin
Defense Secretary Esper: US 'Had Nothing to Do' With Attempted Raid in Venezuela

Washington has also been extending help to the Venezuelan opposition and supporting Juan Guaido's claims to the interim presidency since January 2019. At the end of April 2019, Guaido, reportedly with help from the US, tried to organise a coup in Venezuela, but which ultimately failed.