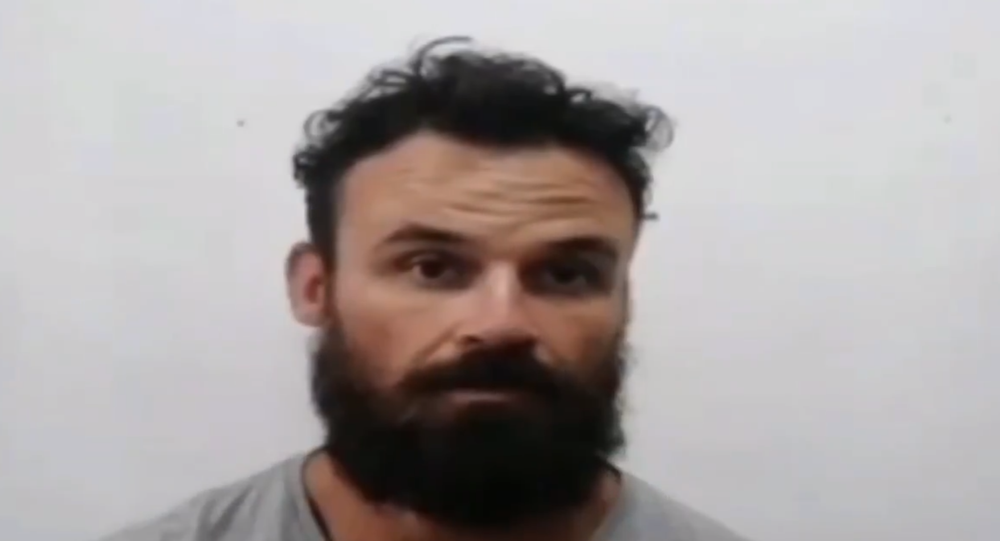 Airan Berry, captured by Venezuelan security forces while participating in a 3 May seaborne invasion into the country, revealed his role in the 'mission' that included organizing a plane at the Caracas airport to transfer Maduro to the US after having kidnapped him.

"...To advise the forces that were coming in... and make a way to the airport as soon as we could", he said, answering a question regarding the nature of his duties after having entered Caracas.

In the interrogation video, Berry admitted that he understood his actions were illegal, while showing what he called as a contract detailing the mission signed between coup ringleader Jordan Gourdeau and self-proclaimed Venezuelan 'interim president' Juan Guaido.

"This contract was posted several days ago by Jordan Goudreau. It outlines my responsibilities with Silvercorp [Goudreau's company] signed by Juan Guaido, Jordan Goudreau and Juan Rendón", Berry claimed, while detailing the alleged contract.

On Wednesday, Berry's counterpart, Luke Denman, admitted under questioning that their plan was to kidnap Maduro, get him on a plane and take him to the United States for prosecution and reward money.

Earlier, Goudreau released a video statement taking responsibility for the invasion hours after it took place, claiming that he acted according to a 'general service contract' he claims to have signed with Guiado.

Guaido's representatives have denied any connection to the mercenaries' failed attempt.

US Secretary of State Mike Pompeo, when asked about a US role in the maritime invasion of Venezuela, denied any involvement, suggesting that "if we had been involved, it would have gone differently". Regarding the captured US mercenaries, Pompeo stated that "we’ll use every tool that we have available to try and get them back".

On 3 May, Venezuela was invaded by a bunch of people on speed boats who President Nicolas Maduro called "Colombian mercenaries" acting in an attempt to murder him as part of a joint plot between Colombia and the US. During the incident, thirteen people were captured, two US citizens among them. Bogota and Washington have denied their involvement in the invasion.

Venezuela was plunged in the political crisis since 2019, when the opposition leader Juan Guaido proclaimed himself an "interim president", backed by the US and most of the West, while incumbent Venezuelan leader Nicolas Maduro was supported by Russia, China, Turkey and other nations.