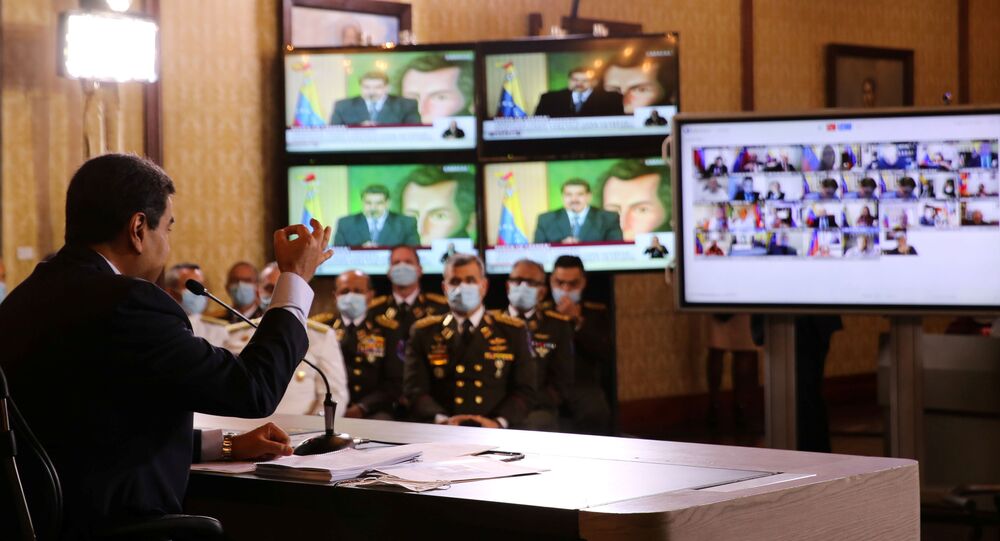 On 3 May, Venezuelan Interior Minister Nestor Reverol said an invasion of "Colombian militants" had been diverted on the sea. Venezuelan President Nicolas Maduro named two US citizens among those detained, who, he asserted, were 'security guards of US President Donald Trump'.

The president of Venezuela, Nicolas Maduro, said Thursday that Venezuelan-US dialogue or, as he put it, "the ties", maintained between Caracas and Washington throughout the crisis in bilateral relations, was suspended after the 3 May attempted invasion.

Maduro noted that US officials, following the botched incursion, stopped answering Venezuelan calls, adding that "per WhatsApp, per phone, they are silent."

"We had three various communications channels with three various officials from the administration of US President Donald Trump, we have sent messages to them but gained no answer," Maduro told Uruguayan reporter Jorge Gestoso late Thursday.

As a result of the attempted sea invasion on Sunday, eight militants were killed and several others were detained in the counter-operation.

Following the failed invasion, Jordan Goudreau, head of the private security company Silvercorp, confessed on video that he had launched the operation to overthrow Maduro in Venezuela by attempting to send several groups of mercenaries into the country. In the video, Goudreau claimed that his company had signed an 8-page 'general services' contract with opposition leader and self-proclaimed ‘interim president’ Juan Guaido in October 2019, although the document has yet to be produced.

One of the detained, US national Luke Denman, an employee of Silvercorp, said during interrogation that the group's aim was to seize the Caracas airport and control it until Maduro was flown to the United States, allowing the mercenaries and Silvercorp to claim millions of dollars in reward money for the capture of Maduro or any of several of his closest advisers.

The US government and Guaido representatives have denied any connection to the mercenaries' failed attempt, although Silvercorp and its chief are documented as having provided security for at least one Trump reelection campaign rally.

On Wednesday, the RT broadcaster said that its correspondent in Venezuela, Erika Ortega Sanoja, had tweeted about the US-sponsored invasion of Venezuela as well as its links to Silvercorp, and after that received tweeted threats from Silvercorp.

The United States and most Western countries have endorsed Guaido and slapped crippling sanctions on Venezuela. Russia, China, Turkey and other nations have supported Maduro.