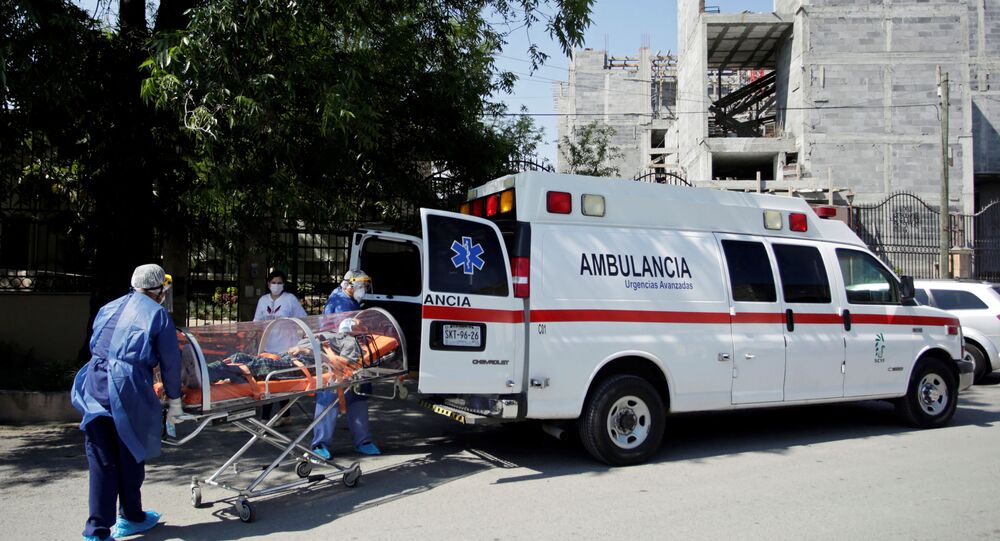 Friends and family members of an infected patient advocated on social media for his “rescue” from the hospital, convinced that the global coronavirus pandemic is a government conspiracy and claiming that health authorities are trying to kill people.

An angry crowd of around 300 people attempted to ‘rescue’ a COVID-19 patient from a Mexican hospital on Monday, claiming that the pandemic is a "government conspiracy", according to Mexico News Daily.

The crowd demanded to examine for themselves the newly-diagnosed patient at a hospital in Motozintla in the southern Mexican province of Chiapas to determine whether he really had the virus. Hospital staff including doctors and nurses refused them entry.

The protesters gathered at the hospital and demanded a meeting with the director and the region’s political representative.

Hospital officials reportedly blocked the entrance and called in the national guard, which secured the scene and cordoned off the building and part of a nearby park.

The call to action was spread on the “Mercado Libre Motozintla” Facebook page, which normally functions as a sort of virtual neighborhood alert system, where messages earlier urged supporters to leave their homes and march on the hospital.

“Coronavirus is a lie, let’s not fall for it,” one member posted, cited by Mexico News Daily.

According to Mexican newspaper El Universal, the crowd also demanded that stay-at-home guidelines be lifted because, they claimed, the virus "does not actually exist".

According to Mexico News Daily, several members of the Facebook group were against the protest.

“Motozintla has not understood the danger involved in continuing to expose oneself, not complying with the prevention measures against COVID-19, and people continue to believe that this disease does not exist or is a government lie,” one member wrote, cited by Mexico News Daily.

However according to the BBC, the nation has conducted a very low number of tests and the government said on Sunday that statistical modelling would put the real number of cases at more than 104,000.

Amid the outbreak of COVID-19, dozens of conspiracy theories have emerged, including that the virus is man-made and claims that 5G technology is contributing to the pandemic.

The first cases of the novel virus were reported in December 2019 in China, purportedly originating in bats and then transferred to humans at a 'wet market' in the city of Wuhan. On 11 March, the World Health Organization (WHO) announced that COVID-19 had become a pandemic.

Mexico Receives Ventilator Shipment From US