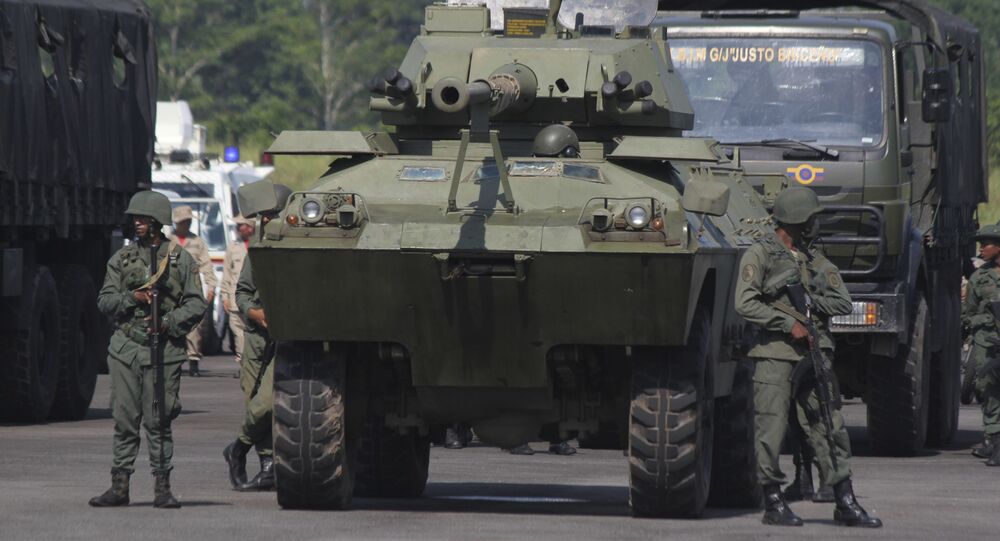 BUENOS AIRES (Sputnik) - The Venezuelan military was on a heightened level of alert on Sunday after foiling a pre-dawn boat attack by armed men, described by the government as Colombian militants.

"All military formations in the country have been put on combat alert to react immediately to any threat. We reaffirm our absolute loyalty to Venezuelan President Nicolas Maduro", the defence ministry said in a statement.

Interior Minister Nestor Reverol said the attackers tried to invade the northern state of La Guaira on high-speed boats. Eight militants were killed and two others captured in the counteroperation. One of those detained was an agent of the US Drug Enforcement Administration, Reverol said.

The Defence Ministry said it had seized the type of weapons used in a failed coup attempt on 30 April. The military is combing the sea bottom near the beach where the attack took place for more weapons after one of the boats capsized.

Venezuelan President Nicolas Maduro has repeatedly denounced groups receiving support from Colombia and the US, accusing them of seeking “to undermine the stability of our homeland with violent actions”. Last month, Maduro announced the mobilization of artillery in strategic areas to protect the country from incursion.