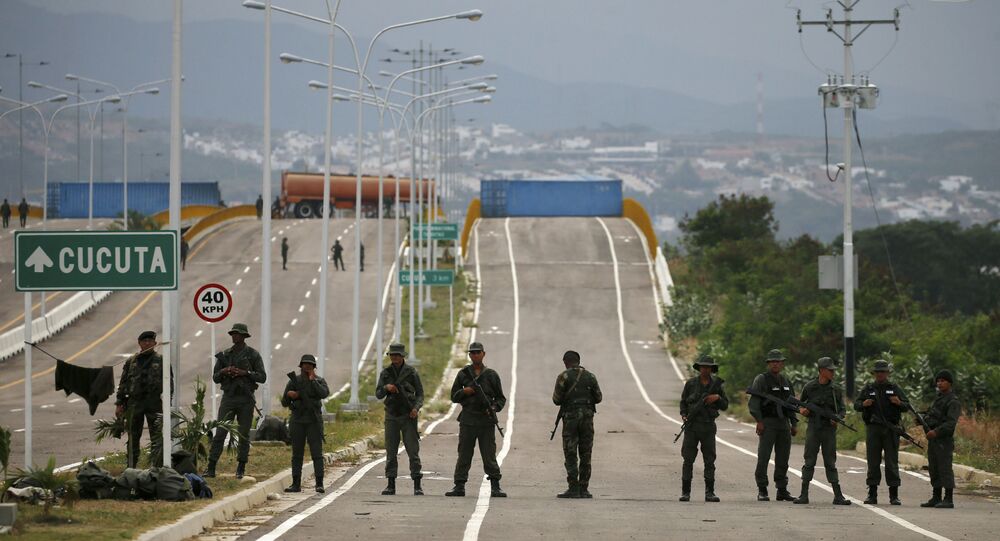 Venezuela and Colombia have had strained relations for years, with Caracas accusing Bogota of financing and otherwise supporting political forces seeking to overthrow the Maduro government.

The Venezuelan armed forces and police have thwarted an attempted naval invasion by mercenaries attempting to enter the country by sea from neighbouring Colombia, Venezuelan Interior Minister Nestor Reverol has announced.

“We would like to inform and denounce to the national and international community that early this morning, May 3, 2020, a group of terrorist mercenaries coming from Colombia attempted a sea invasion, with the objective to commit terrorist attacks in our country, assassinate leaders of the revolutionary government and to increase the spiral of violence, generate chaos and confusion among the population, and with this, to attempt a new coup d’état,” Reverol said, speaking on Venezuelan television Sunday morning.

According to the interior minister, the mercenaries “attempted to come into the country through fast boats on the coast of Ojeda. But thanks to the fast and effective actions of our armed forces, and of the police task force, some were brought down, and others are now imprisoned,” he added.

According to the official, weapons belonging to the mercenaries have also been confiscated.

An investigation is now said to be ongoing into the incident.

Local media have reported that as many as 8 mercenaries have been killed, with two others captured.

Unauthenticated photo evidence has appeared online, purportedly showing some of the mercenaries’ equipment, weapons and vehicles. Video footage in the area where the landing attempt was made shows an increased security forces presence, with other footage apparently taken from a local urban area featuring the sound of gunfire and flares lighting up the night sky.

Weapons found this morning in relation to the ‘mercenary invasion’ according to Nestor Reverol. Include 2 technicals with machine guns mounted and thousands of rounds of ammunition, multiple AR rifles. Unconfirmed reports say 8 were killed and 2 captured #Venezuela pic.twitter.com/iPJ5D4LNzi

Venezuelan President Nicolas Maduro has repeatedly denounced groups receiving support from Colombia and the US, accusing them of seeking “to undermine the stability of our homeland with violent actions.” Last month, Maduro announced the mobilization of artillery in strategic areas to protect the country from incursion.

The long-running Venezuelan crisis escalated in early 2019, when opposition lawmaker Juan Guaido proclaimed himself ‘interim president’ and called on the democratically elected Maduro government to step down. Maduro has refused to do so, accusing Guiado of trying to carry out a botched coup with the aim of robbing Venezuela of its vast oil and mineral resources.