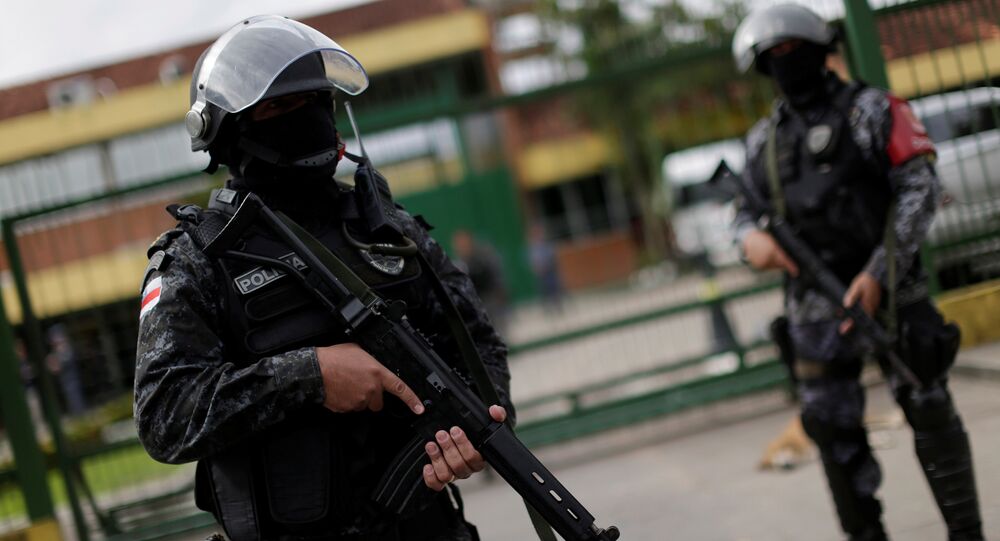 According to local officials, various police units have been deployed at the scene and negotiators have begun talks with the prisoners.

Inmates at a prison in the Brazilian city of Manaus took seven guards hostage during a riot, Reuters reported, citing local media. The prisoners demand the presence of the press and human rights organizations. There has been no information on casualties. It’s unclear what caused the rebellion at the Puraquequara prison, but local tv channels have cited a video recorded by an unidentified inmate who complained about the sweltering heat and lack of electricity in the prison.

Incidents of violence and rebellions occur quite frequently in prisons in Brazil. Last year more than 50 inmates were strangled and stabbed to death during a battle between two gangs.

Manaus, the capital of Brazil’s largest state, has been the hardest hit by the coronavirus pandemic, with the funeral system collapsing due to a sharp rise in the number of deaths. Authorities had to resort to digging mass graves and recently reported that it is running out of coffins. Hospitals in Manaus are struggling to cope with the arrivals of new patients. Reports say some hospitals have set up refrigerators inside trucks to store bodies.

Despite the fact that Brazil has the largest number of coronavirus cases in Latin America and has surpassed China’s death toll, which at the time of writing stands at 6,491, President Brazil Bolsonaro continues to downplay the severity of the virus, which he has previously called 'a little flu'.