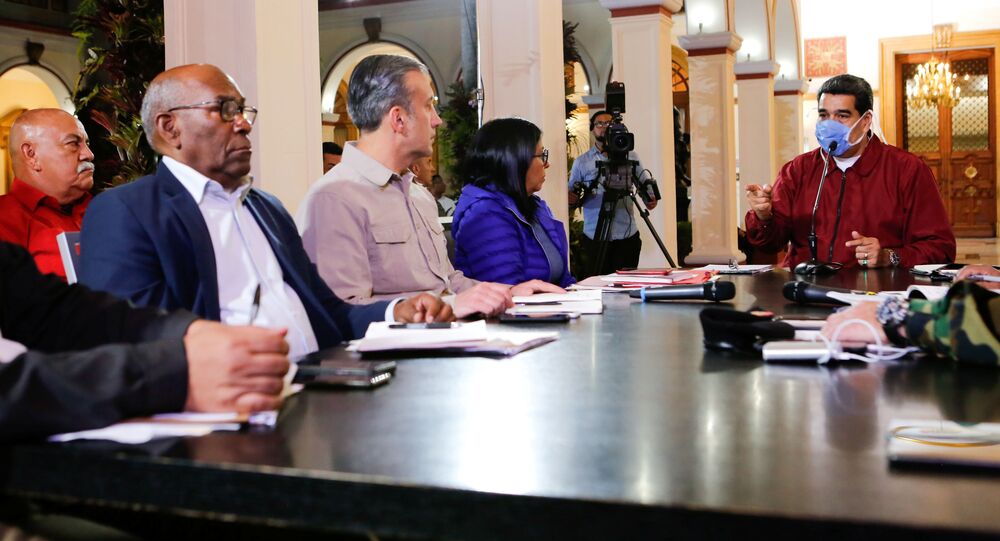 BUENOS AIRES (Sputnik) - Venezuelan opposition leader Juan Guaido, who had previously proclaimed himself interim president, has denied a media report about holding talks with the country's president, Nicolas Maduro in light of the coronavirus pandemic.

"This information is false. There is only one possible agreement to save Venezuela - to form an emergency government that would help to gain access to the international assistance that we need", Guaido said on Twitter.

The statement comes after Reuters reported on Tuesday, citing sources, that allies of Maduro and Guaido had begun secret talks to normalise cooperation and dialogue amid the coronavirus pandemic and political crisis.

In March, the United States voiced a proposal to establish an interim government in the Latin American country as part of a broader plan to resolve the Venezuelan crisis through what US Secretary of State Mike Pompeo called a peaceful democratic transition.

The plan prescribes holding elections and the removal of sanctions. The EU has endorsed the proposal as coinciding with its own views on how to achieve peace in Venezuela through negotiations, but Caracas slammed the plan as foreign intervention.

The political situation in Venezuela derailed in January 2019 after Guaido proclaimed himself interim president. Several countries, including the US, endorsed him as Venezuela's leader and urged President Maduro to step down. The US then imposed several rounds of sanctions against Venezuelan officials and entities, blocking $7 billion in assets belonging to Venezuela's national oil and gas company Petroleos de Venezuela (PDVSA) and its subsidiaries.

Maduro, whose presidency was supported by Russia and China, among other states, has denounced the sanctions as an illegal attempt to seize the country's sovereign assets.