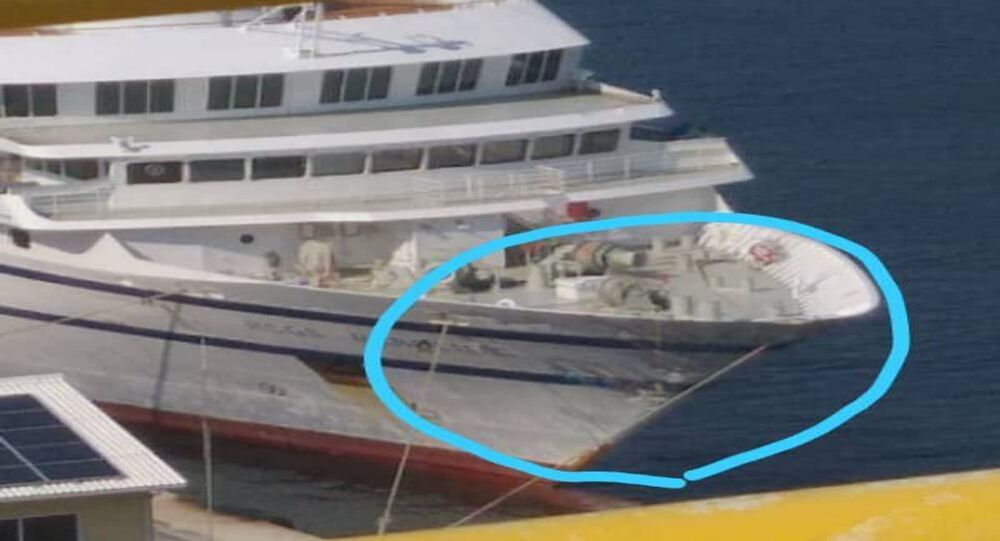 The Latin American nation was put on alert last month after the US Justice Department issued criminal charges against top officials, including President Nicolas Maduro, and offered millions of dollars in reward money for their arrest or prosecution over alleged drug smuggling operations.

Venezuela is demanding that the Dutch government open an investigation into the activities of the RCGS Resolute, a vessel presently docked in the Dutch Caribbean region island nation of Curacao for “serious aggression committed against the Venezuelan Coast Guard vessel Naiguata,” Foreign Minister Jorge Arreaza has announced.

The incident is said to have taken place on the night of March 30, with the RCGS Resolute, a 122 meter passenger ship sailing under the flag of Portugal, entering Venezuelan waters about 7 miles off the island of Tortuga, about 180 km northeast of Caracas. The Venezuelan Coast Guard sent out a ship to intercept it, but was rammed and sunk, with its crew said to have been rescued by the military.

According to Caracas, along with the Netherlands, Venezuela has asked Curacao to help investigate the incident, but received no response. In a press statement, the Ministry noted that “Venezuelan authorities do not exclude the possibility that this ship was transporting mercenaries to attack military bases in Venezuela.”

Vladimir Padrino, Venezuela’s minister of defence, called the incident “an act of piracy and aggression,” and posted photos of the RCGS Resolute which he said were taken following the incident showing damage to the front of its hull.

“This attacking ship (RCGS Resolute) violated national and international regulations and conventions in our waters and docked in the port of Willemstad [Curacao] this morning, requesting fuel. What are the local authorities waiting for?” he asked. According to the defence minister, despite the complaint made by Venezuelan authorities, “we have received no response from the authorities of the Island of Curacao.”

US Ramps Up Pressure on Maduro

The US escalated its effort to oust Venezuela’s government late last month, announcing hefty rewards for information leading to the arrest or capture of senior Venezuelan officials including President Nicolas Maduro on drug smuggling charges. Caracas has rejected the allegations, with President Maduro warning that “if one day the imperialists and Colombian oligarchy dare to touch even a single hair, they will face the Bolivarian fury of an entire nation that will wipe them all out.”

The US helped trigger a political crisis in Venezuela in January 2019, after it recognized opposition lawmaker Juan Guaido as the country’s ‘interim president’. US allies in Europe and Latin America joined Washington in extending support to Guaido, while countries including Russia, China, Cuba and others maintain that Maduro is the country’s sole legitimate, democratically elected president. Venezuelan authorities have accused Guaido of being Washington’s puppet, and claim that the US is seeking to orchestrate a coup d’état to steal the Latin American country’s vast oil and mineral wealth.