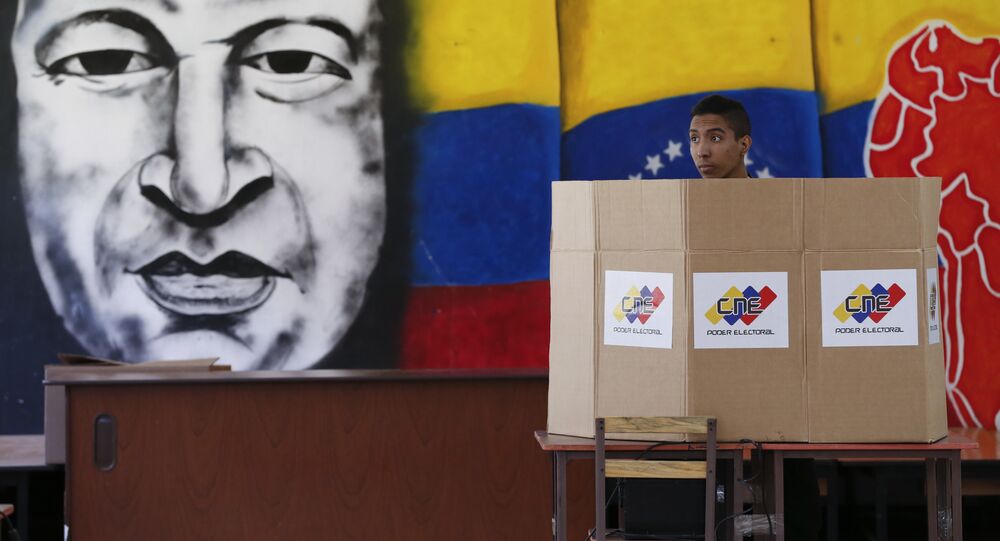 The US secretary of state also said that the two men need to establish a transitional government to arrange the polls.

US Secretary of State Mike Pompeo has told reporters that Venezuelan President Nicolas Maduro and Juan Guaido, whom Washington recognises as Venezuela's leader, should both step aside for new elections.

Pompeo proposed creating an interim government in the Latin American country and for a vote to be held in six to twelve months. If the US conditions are met, he added, Washington will be willing to lift sanctions from Venezuela.

The secretary of state said that the elected members of the National Assembly representing both sides would set up an acceptable State Council to serve as a transitional government until presidential and National Assembly elections can be held.

According to him, the head of the transitional government would not be able to run for president in those elections.

Pompeo went on to say that incumbent President Maduro would "never again govern Venezuela", with the secretary of state hoping that he will take the US offer seriously.