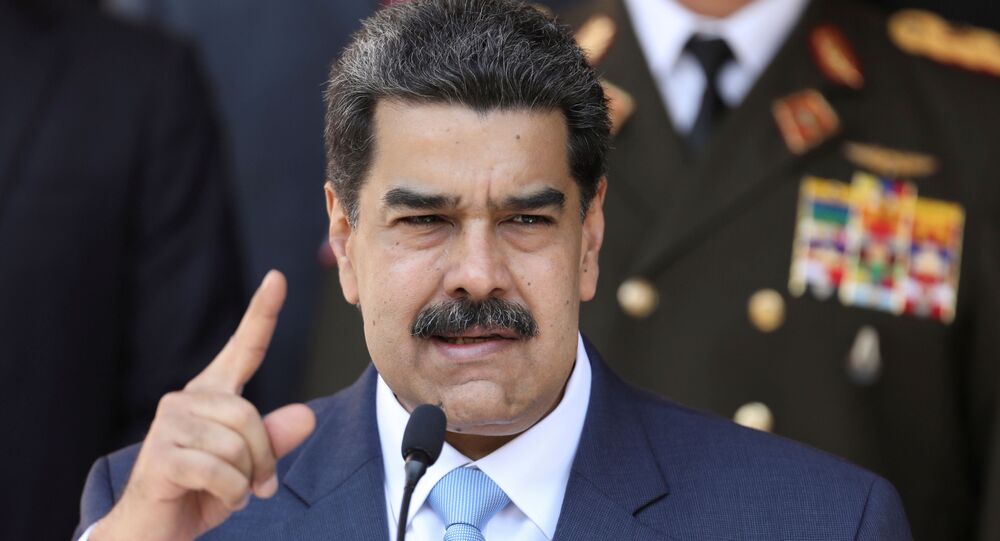 On Thursday, the US Department of Justice announced indictments against several senior Venezuelan officials, including President Nicolas Maduro, alleging that much of the top level of the government in Caracas engages in “narco-terrorism” while facilitating drug trafficking into the United States.

Ceballos confirmed the army’s support for the president in a statement read out on Venezuelan state television on Friday, saying that the military over which he presides “categorically” rejects the charges, according to AFP.

The admiral reportedly said that US President Donald Trump “will go down in history as the most harmful and most irrational of American presidents,” arguing that the Trump administration’s move is primarily aimed at diverting attention away from the president's all-important re-election campaign.

On Thursday, US Attorney General William Barr said the US would press criminal charges against Maduro for allegedly facilitating drug trafficking into the United States. US authorities offered a series of rewards for information on and delivery of five top officials in the Venezuelan government, including $15 million for the arrest of Maduro himself.

Later on the same day, Maduro refuted the US accusations of links to drug trafficking, declaring that “Venezuela has been at the forefront of the fight against illegal drug trafficking for 15 years”.

Maduro Declares Quarantine in Venezuela Over COVID-19 Starting on Tuesday