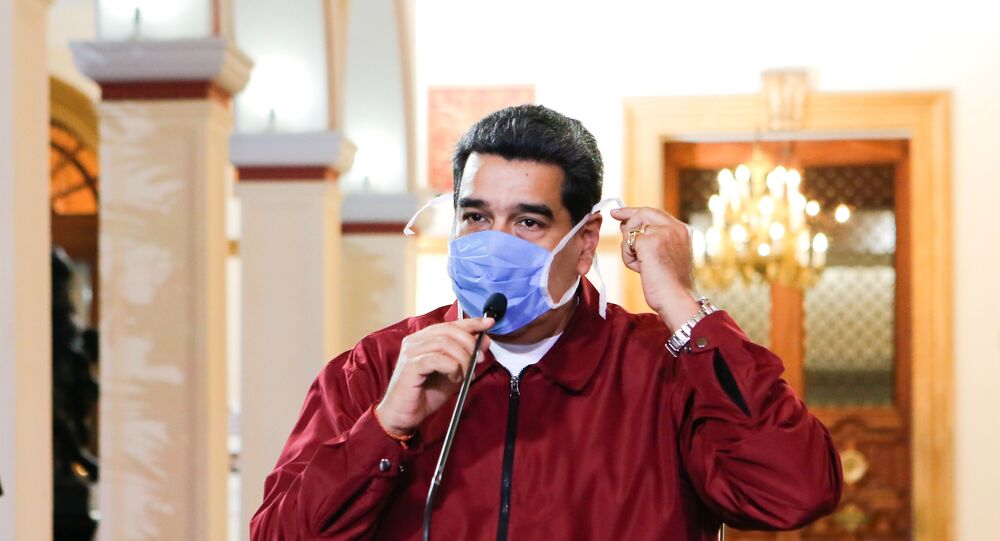 Despite offering support for US-anointed ‘interim president’ Juan Guaido in his bid to oust the Venezuelan government, the European Union has softened its position on the Latin American country amid the COVID-19 pandemic, supporting Caracas’ request for $5 billion in assistance from the International Monetary Fund.

The US Justice Department’s claims that Venezuelan President Nicolas Maduro is leader of a drug smuggling operation “falls within the framework” of Washington’s escalating pressure against Venezuela, EU foreign affairs spokeswoman Virginie Battu-Henriksson has said.

“The United States has implemented progressive measures of pressure in the context of the political crisis in Venezuela,” Battu-Henriksson said during a European Commmission press briefing on Friday.

The Justice Department unsealed “narco-terrorism” charges against Maduro and several other senior Venezuelan officials on Thursday, accusing them of clandestinely running the “Cartel of the Suns” drug trafficking group. Maduro flatly denied the charges, saying his country had been “at the forefront” in the fight against drug smuggling for the last 15 years. Jorge Arreaza, Venezuela’s foreign minister, called Washington’s allegations “a new form of coup d’etat, on the base of miserable, vulgar and unfounded accusations.”

In her comments Friday, Battu-Henriksson stressed that Venezuela was facing “an enormous challenge” in its fight against the coronavirus, saying that now “more than ever, the Venezuelan people need their political actors to agree to allow more humanitarian aid to enter the country.”

The spokeswoman also reiterated that the EU’s policy on Venezuela has not changed, and that “a lasting solution to the crisis can only be achieved through a political and democratic solution accepted by all Venezuelan actors.”

Caracas has asked the International Montery Fund for $5 billion in assistance recently to help the government tackle the COVID-19 outbreak. The international organization denied the request, however, owing to the US non-recognition of the Maduro government.

Suffering from years of US sanctions pressure, Venezuela’s healthcare sector is thought to lack many of the supplies necessary to deal with the COVID-19 outbreak. A the same time, however, the country has suffered fewer cases of the virus than some of its neighbours, including Colombia and Brazil. As of Friday Venezuela has 107 COVID-19 cases and one death, with 31 people said to have made a recovery.

Amid Western sanctions, China, Cuba and Russia have sent assistance including medical equipment, test kits and doctors to help the country contain the outbreak.

The country announced a COVID-19 emergency response plan in mid-March, prohibiting large public gatherings, cancelling flights from Europe and Colombia, shutting down schools and requiring that facemasks be worn in public transport and in border areas, while shutting down theatres, bars and nightclubs, and setting up an online portal to survey possible cases of infection. Communities have been tasked with the production of medical equipment including facemasks and in ensuring the continued operation of a food package delivery network serving seven million families, as well as house-to-house visits by doctors. Hotel chains have also agreed to provide the state with 4,000 emergency beds if required.

The European Union joined the US in offering support to opposition leader Juan Guaido soon after he proclaimed himself Venezuela's 'interim president' in January 2019. Maduro has accused Guaido of attempting to stage a coup d'etat, and blasted the US and European countries for their decision to introduce sanctions, seize Venezuelan state assets abroad, and engage in other forms of pressure. Russia, China, Cuba, Syria and other countries have rejected Guaido's claim to leadership and expressed their support to Maduro as Venezuela's democratically-elected president.