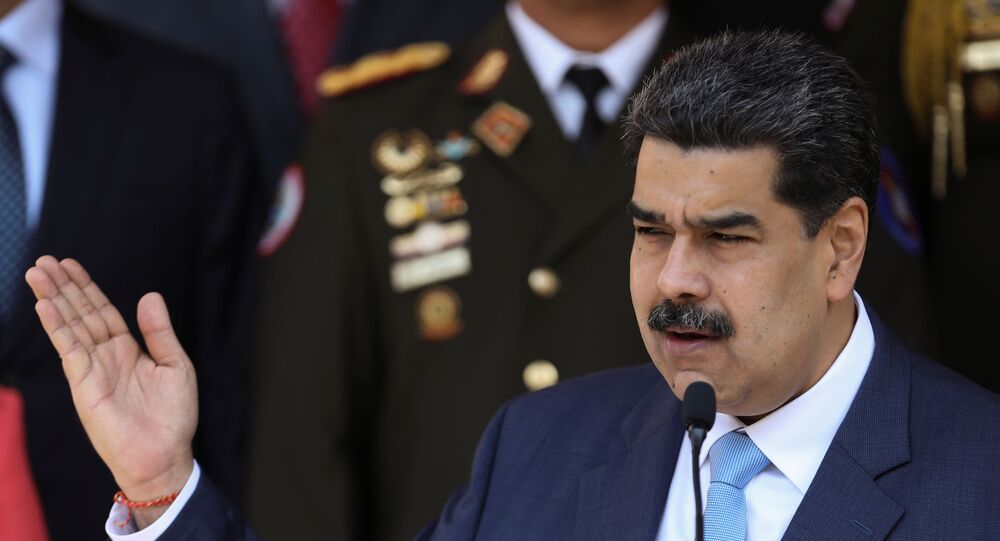 MEXICO CITY (Sputnik) – Venezuelan President Nicolas Maduro has refuted the US accusations that the government of the Bolivarian Republic has links to drug trafficking.

“They have laid new false charges … Venezuela has been at the forefront of the fight against illegal drug trafficking for 15 years,” Maduro said in a televised address on late Thursday.

Earlier in the day, the US authorities offered a series of rewards for information on five top officials in the Venezuelan government, including $15 million for Maduro himself, based on the alleged “involvement in narco-terrorism”.

The Justice Department said in a press release that each defendant is charged with four narco-terrorism and drug trafficking-related charges that carry sentences of a minimum of 50 years in prison and a maximum life sentence. Barr said the United States expects eventually to gain custody of the defendants.

Maduro Declares Quarantine in Venezuela Over COVID-19 Starting on Tuesday