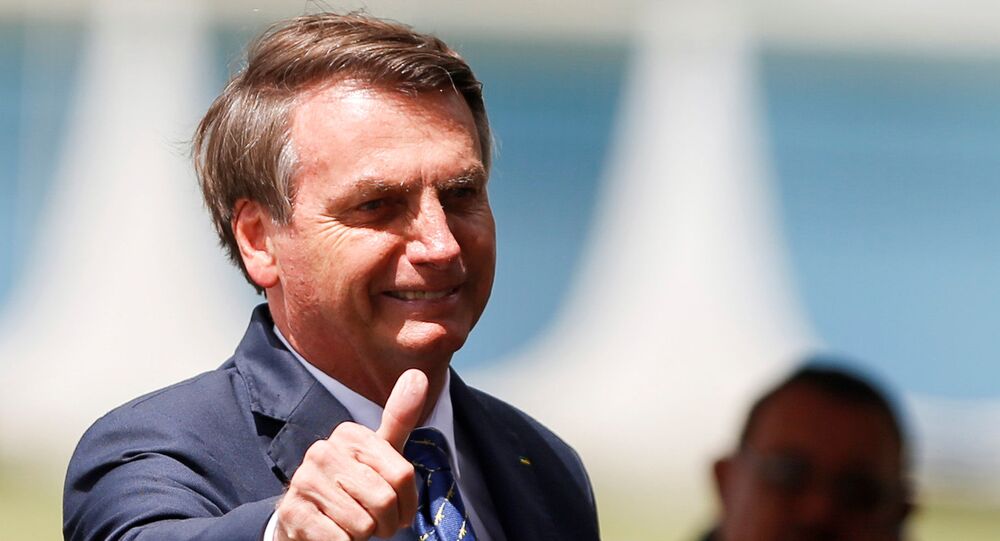 Earlier on Friday, the president tested negative for COVID-19 after his press secretary, Fabio Wajngarten, who accompanied him during a visit to US President Donald Trump’s Mar-a-Lago residence, was confirmed on 12 March to be infected with the virus.

Brazilian President Jair Bolsonaro was on Friday advised by the country’s Minister of Health, Luiz Henrique Mandettam, to undergo a second test for coronavirus and remain in isolation for at least 7 days within his residence, local media reported on Friday.

"If you have symptoms, [it can be done] at any time," said Mandetta, according to TV Globo. "Contacts are monitored according to the symptoms. If you have a fever, etc., you go to the health unit".

The first test was reportedly carried out on Thursday by a private laboratory, based on material collected by a team from the Armed Forces Hospital at Palácio da Alvorada, the presidential residence. On Friday, Bolsonaro announced on social media that the test was negative.

Suspicions persist that Bolsonaro was infected during his recent trip to the United States, which included the Government's Communication Secretary, Fabio Wajngarten, who tested positive for the coronavirus.

After Wajngarten's positive COVID-19 result, the entire Brazilian delegation went through medical examinations, including Bolsonaro, who canceled his 12 March agenda. According to TV Globo, the rest of the entourage of ministers who traveled to Miami also tested negative.

During his trip to the US, Bolsonaro and Wajngarten had contact with Trump, who, while addressing the nation on the coronavirus on Friday noted that he will "most likely" be tested for COVID-19 even though he has "no symptoms whatsoever".