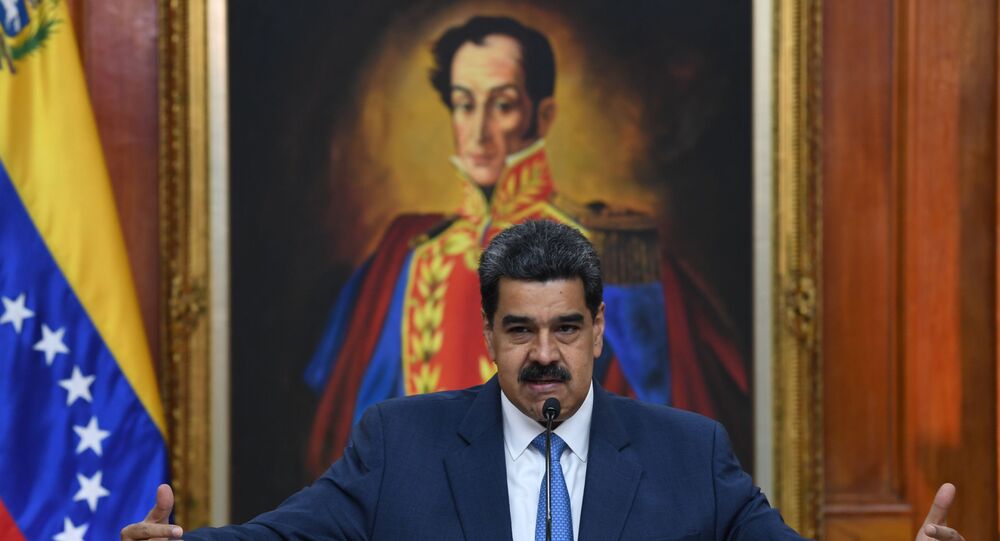 "The corps will be charged with all operational tasks in the sphere of the country's defence and elimination of all terrorist groups that threaten peace and security", Maduro said during a meeting with representatives of law enforcement agencies broadcast on his Twitter.

He also signed the national anti-terrorism plan for 2020-2022, without specifying the contents of the document.

According to Maduro, terrorist groups that threaten the country's security are funded and sent from Colombia and the United States.

In late December, Maduro called on Peru and Brazil to detain and extradite terrorists involved in an attack on a military unit in the south of the country. Earlier that month, the media reported, citing Rodriguez, on another attack. According to Caracas, the US-backed Venezuelan opposition had been preparing a terrorist attack on the country's military in the northern state of Sucre to disrupt Christmas celebrations.

The political crisis escalated in Venezuela in late January 2019 when Juan Guaido, the head of the opposition-controlled National Assembly, illegally proclaimed himself interim president in a bid to oust re-elected Maduro from power. Maduro has called Guiado a US puppet, working with Washington to orchestrate a coup in the country so that they can control over Venezuela's natural resources.