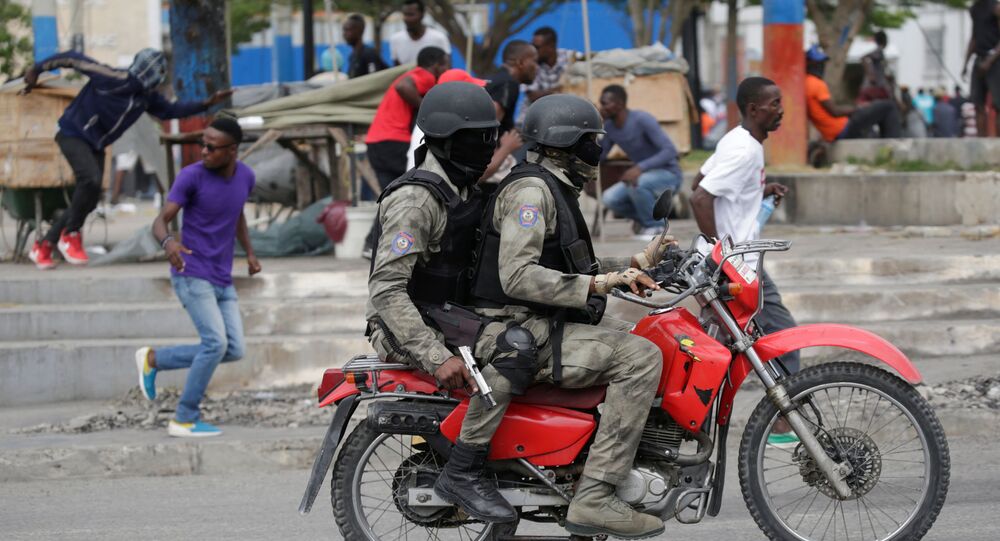 Some protesters have their faces covered to avoid being identified while marching from the Delmas neighborhood toward the large Champ de Mars public square, media reported.

On Sunday, on the first day of Carnival, a multiday music and dance festival, heavily armed police officers took to the streets and exchanged shots with government forces, media reported. Tear gas has been also fired at the site but it was not immediately clear who used it.

In #Haiti a gun fight between protesting national police officers and members of the army during a protest in Port au Prince today. 📹Matiado Vilme @VOAKreyol pic.twitter.com/vtFbnczmmB

According to HaitiLibre, a local news agency, at least 12 people sustained injuries, including two or three police officers. Three cars were set on fire at street Chavanne, in front of Radio Télé Caraïbes.

​​"No money for police officers but enough money for Carnival", protesters said as quoted by Reuters, adding that they receive inadequate pay and no benefits.

The local government issued a statement strongly condemning the violence, calling it an attack against freedom and democracy.

"Terror reigned in certain areas", the statement, obtained by the news agency, said. "Streets were obstructed and there was a war-like situation at the Champ de Mars (square), where heavy weapons fire was heard almost all day."

Anti-government demonstrations started in early September because of fuel shortages, with the opposition gaining momentum since the nation's President Jovenel Moise won the 2017 presidential election, which had allegedly been tarnished by fraud.