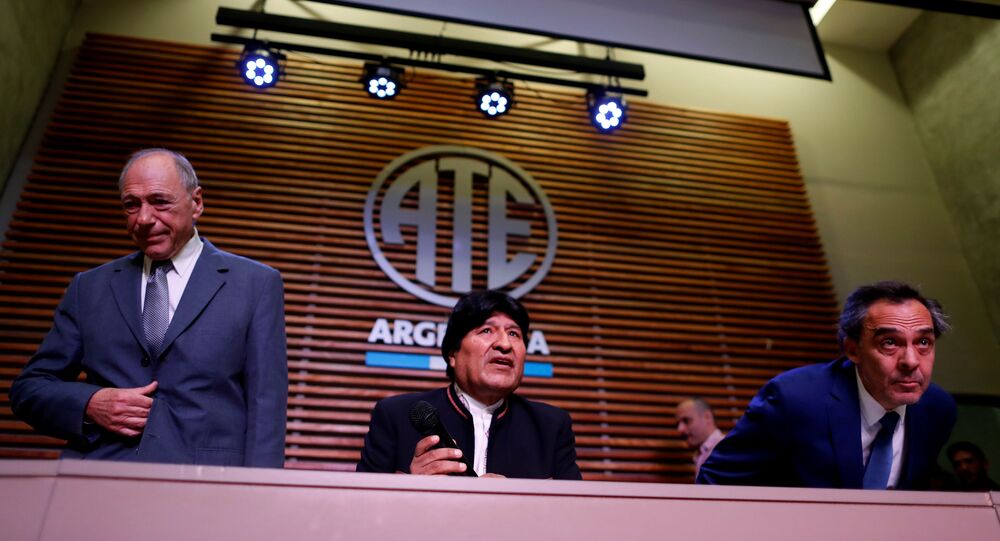 “We advised Morales to seek the protection of his right to run for the Senate in all national and international organizations”, Ferreyra said on Friday.

According to the lawyer, Morales was forced to leave Bolivia for fear of his life, which makes the TSE decision on his bid for the Senate void and being not in line with international law.

Former Foreign Minister Diego Pary Rodriguez said that he would dispute the TSE decision in the UN bodies.

“We will use all legal mechanisms – both at the national and international levels – to have an opportunity to get respected our political rights to be elected. At the international level, our complaints against the government will be submitted to various UN bodies”, the former Minister said.

On Thursday, TSE head Salvador Romero confirmed that Morales had been refused to register as a Senate candidate over the failure to comply with the permanent residency requirement. Former Foreign Minister Diego Pary Rodriguez was also banned from running for the Senate.

The new presidential and parliamentary elections are scheduled for 3 May, with Morales being already barred from running for the top office.

Morales quit his post and fled the country in November after the opposition challenged his victory in the October election, which was to launch his fourth consecutive presidential term. Afterward, the country’s entire top leadership resigned as well. The senate second vice speaker, opposition lawmaker Jeanine Anez declared herself interim president. Morales has characterised the situation as a coup and said he wanted to return to the country.