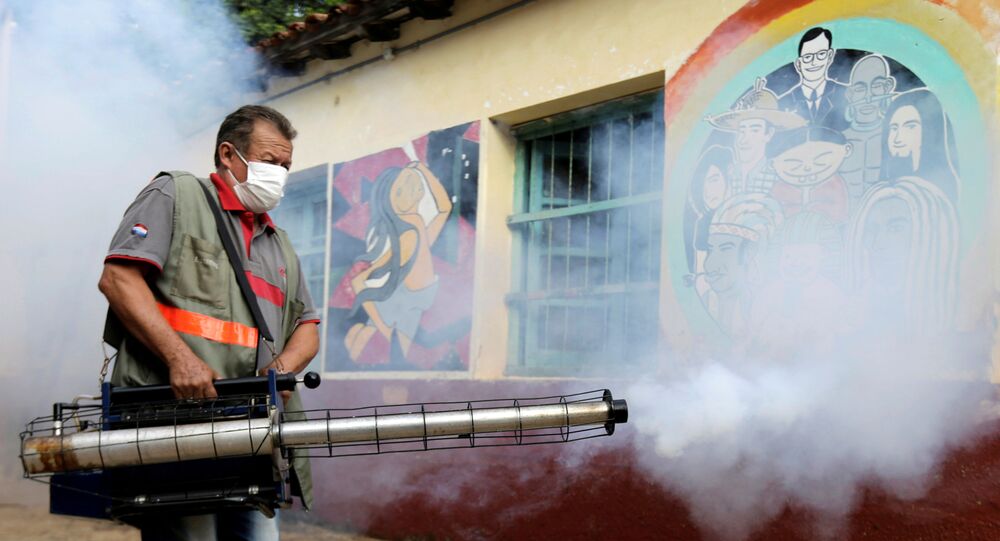 BUENOS AIRES (Sputnik) - The parliament of Paraguay approved the introduction of an emergency regime in the country due to the dengue epidemic, Paraguay's Chamber of Deputies said.

"At an extraordinary session, the Chamber of Deputies approved a draft law that introduces an emergency epidemiological situation throughout Paraguay due to the dengue epidemic", the Chamber said.

Earlier, a similar decision was made by the country's Senate.

This measure, which will last 90 days, will allow directing more money from the budget and various funds to fight the disease.

According to the country's Health Ministry, in 2020, a total of 4,255 cases of dengue fever were confirmed and 85,290 suspected cases were identified, with 16 fatalities from the disease.

More than 80 percent of the reported cases correspond to Asunción and the peripheral area, the director of Communicable Diseases of the Ministry of Health, Hernán Rodríguez, said.