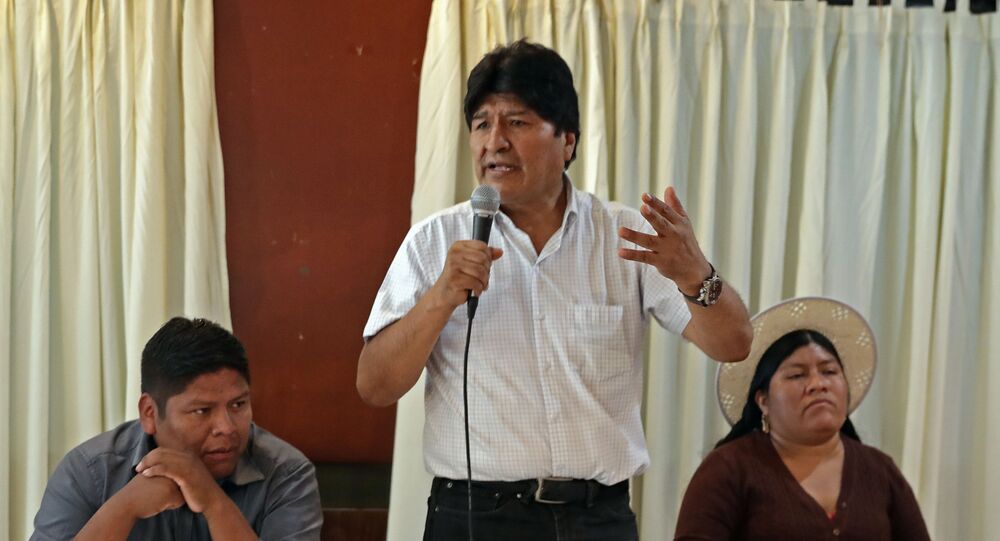 MEXICO CITY (Sputnik) - Bolivia’s Supreme Electoral Tribunal (TSE) has rejected the candidacy for ousted President Evo Morales, who seeks to run in the upcoming general election as a lawmaker, among dozens of other candidates from various parties, for technical reasons, as shown in a list published by the authority.

According to the TSE, the candidates have 48 hours to resolve the bureaucratic issues with their applications for candidacy in order to be eligible for the May 3 general election.

It was reported last week that Morales, currently living in exile in Argentina, officially registered to run for the seat of an upper house lawmaker from the Cochabamba Department.

Morales had also nominated former economy minister Luis Arce to run for the post of the president from the Movement for Socialism party, but his candidacy has been dogged with legal challenges since he returned to Bolivia from Argentina in late January.

Bolivia’s interim president, Jeanine Anez, last month announced she will run for the post in the election.

© AP Photo / Rebecca Blackwell
Former Bolivian President Evo Morales, who was granted asylum in Mexico, looks up toward a video playing on a screen during a press conference in Mexico City, Wednesday, Nov. 20, 2019.

The TSE’s list of candidates that must review their application contained members from most parties running for presidential and parliamentary seats with exhaustive details of the objections.

Morales was deposed following a highly contentious October 2019 presidential election which sparked nationwide protests. The long-serving leftist leader resigned from his post after his armed forces and supreme court withdrew their support. He subsequently left the country, along with much of his government, first to Mexico, then to Argentina. Morales, who still enjoys widespread support in Bolivia, has vowed to return to politics, but not as a president.