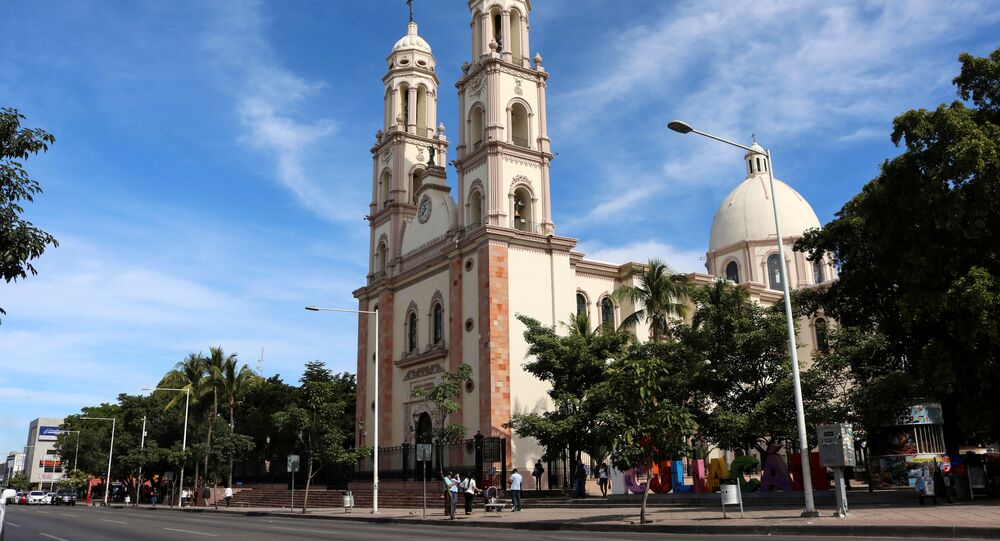 Former head of the Sinaloa drug cartel Joaquin "El Chapo" Guzman was extradited to the US in 2016 and is serving a life sentence without the possibility of parole in America’s highest security prison.

Alejandrina, the daughter of drug kingpin Joaquin "El Chapo" Guzman, has married the nephew of another drug empire leader in the Mexican city of Culiacan, Mexico's Reforma newspaper reported.

The lavish ceremony was held on 25 January but has been reported by media only now. It was held in a cathedral in the city and featured performances by popular Mexican bands and singers, as well as fireworks.

During the ceremony, the territory around the cathedral was surrounded by yellow tape to prevent potential threats or passers-by from coming inside.

People living in the vicinity of the church said that they saw the lavish ceremony going on, but didn't even know who was getting married.

El Chapo (Mexican slang for "shorty") gained notoriety as the decades-long leader of the murderous Sinaloa cartel, Mexico’s largest and most powerful drug cartel. He escaped from two prisons in Mexico in 2001 and 2015, but was captured again in 2016 and extradited to the United States the following year.