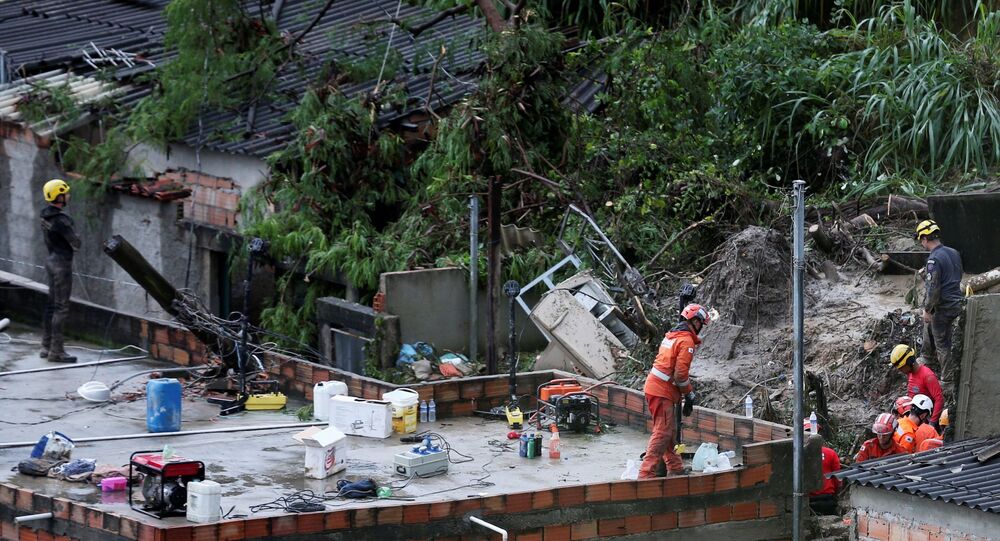 Death Toll From Rainstorms in Brazil Rises to 57

The number of people who have been injured stands at 12, while 19 people still remain missing as heavy rainstorms and intense flooding hit the southeastern part of the country earlier in the week, local Civil Defence officials stated.

The death toll from the heavy rain floods in Brazil's south has climbed to 57, including 48 people killed in the most affected state of Minas Gerais, the state's civil defence office said on Monday.

"Most of the deaths, eight, were registered in Belo Horizonte, the capital of the state", the civil defence office said in a communique, adding that 19 other people were missing.

At least 37 people killed after flooding and landslides in southeastern Brazil https://t.co/bI78Ez1ux6

​Not all victims have been identified yet, as they are buried under collapsed buildings or covered by landslides which resulted from intense storms and flooding.

Belo Horizonte registered 171.8 mm of rainfall on 24 January, the highest recorded precipitation in 110 years. A state of emergency has been declared in 99 cities located across Minas Gerais, amid the threat of rainfall continuation.

As many as 20,000 people across the region have been forced to leave their homes over floods and landslides.