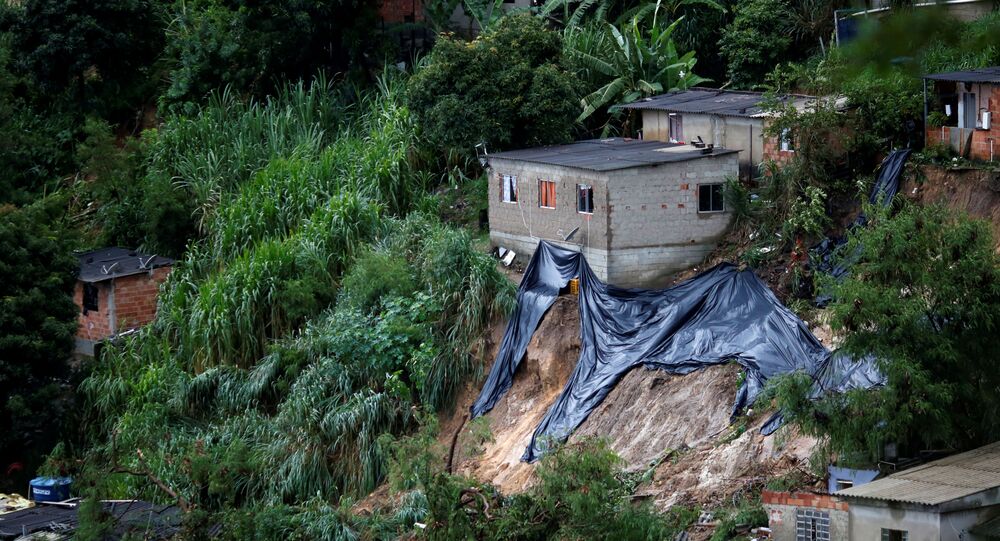 At least two children have been pronounced dead, with most of the victims' bodies found after landslides or flooding.

A fierce two-day rainstorm, which struck the southeastern state of Minas Gerais, has killed at least 30 citizens, the local Civil Defence office stated on Saturday, as quoted by G1 Globo News.

▶️Heavy rains caused flooding and landslides in southeast Brazil, Saturday, January 25, killing at least 11 people, according to authorities.
👉Two people died Saturday in Belo Horizonte, the capital of Minas Gerais state in the southeast of the country. pic.twitter.com/ikcjDM48C5

​According to the officials, seventeen people are listed as missing, with injured and some 3,500 displaced, while several highways and bridges have been destroyed.

The neighbouring states, Rio de Janeiro and Espirito Santo, have also been hit by heavy rains and flooding, which are expected to become less intense on Sunday, although authorities say that landslides may still occur in the region, especially in the Belo Horizonte area.

The National Institute of Meteorology declared, as quoted by the news agency, that rainfall in the region has been the heaviest since records were first kept 110 years ago.