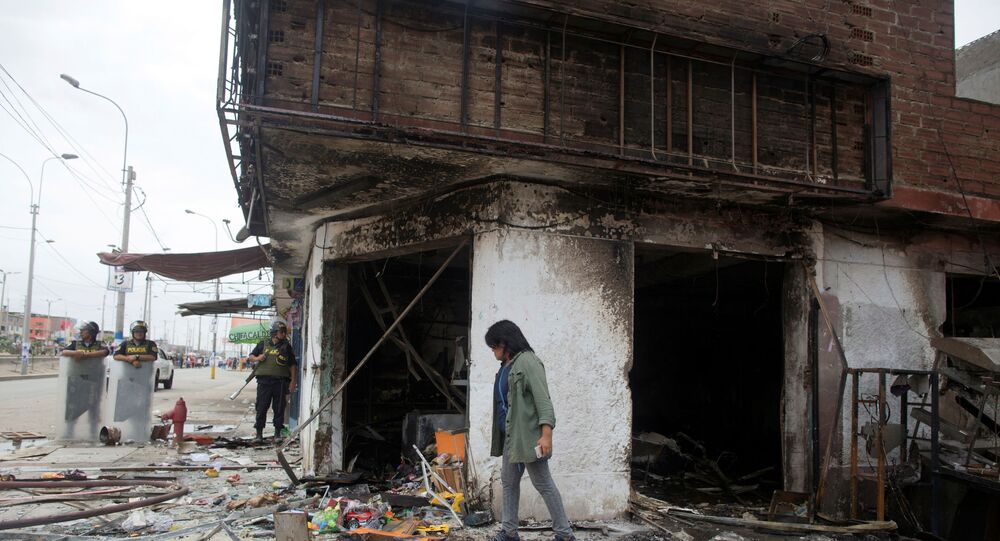 MOSCOW (Sputnik) – The number of people killed in a fire that started after an accident involving a gas truck in Lima has gone up to 14, local media report.

The Peru News Agency, Andina, reported citing a local health official on Saturday that the fire resulted in the death of 14 people, five of them minors, including children aged 3-4.

Earlier, Peru's El Comercio newspaper reported that at least five people died in the fire and over 50 were injured.

On Thursday, a tanker truck carrying natural gas crashed into an auto repair shop on the outskirts of the Peruvian capital, Lima. The accident resulted in an explosion and a fire that spread to nearby buildings.

A total of 20 buildings were reportedly damaged by the fire. Local authorities have provided shelters for families that were forced to leave their homes because of the incident.