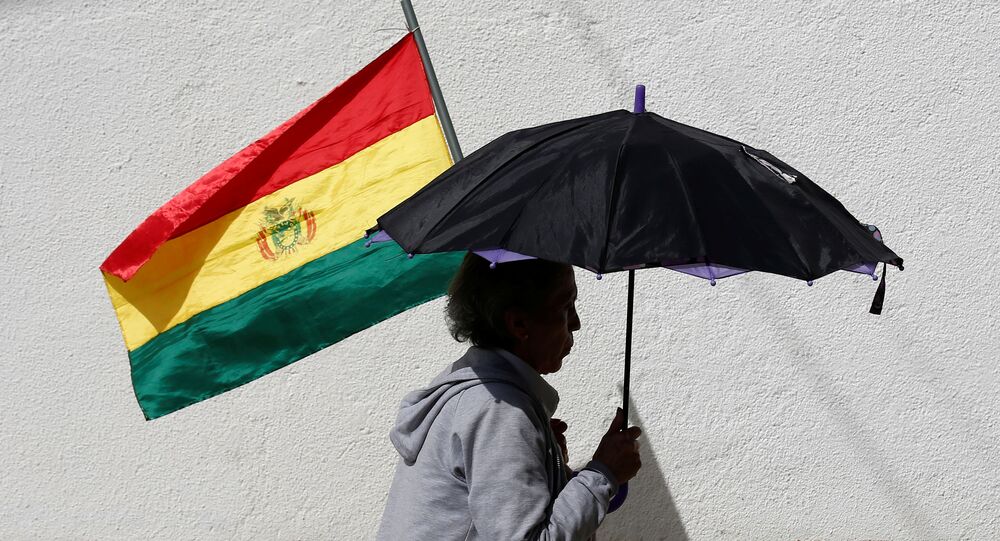 Cuban Foreign Minister Bruno Rodriguez Parrilla on 23 January described the statements of Bolivian President Jeanine Anez as "vulgar lies" and called her a self-proclaimed and illegal head of state.

The Bolivian Foreign Ministry has published a statement informing the national and international public that it has made the decision to "suspend diplomatic relations with the Republic of Cuba as of the date".

"This determination is due to the recent and inadmissible statements of [Cuban] Foreign Minister Bruno Rodríguez Parrilla and the constant hostility and endless offenses of Cuba against the Bolivian Constitutional Government and its democratic process", the statement said.

According to the ministry, the Cuban government has "systematically affected the bilateral relationship based on mutual respect, the principles of non-interference in internal affairs, the self-determination of peoples and the sovereign equality of States, despite the willingness of the Bolivian government to maintain cordial relations".

The statement comes a day after Cuban Foreign Minister Bruno Rodriguez Parrilla denounced the statements of the interim president of Bolivia, Jeanine Anez, who barred the professional training of the Cuban medical brigade which had served in the South American nation since 2005.

Last November, the Cuban government decided to withdraw more than 700 doctors, technicians, and health specialists who had been providing services in Bolivia, a measure that was adopted after the arbitrary detention of four health workers in the area of El Alto when they were going to their residence with money withdrawn from a bank to pay for basic services and the rent of the 107 members of the medical brigade in that region, reports say.

Cuba began its medical cooperation with Bolivia in 2005 through Operation Miracle, which allowed for the treatment of hundreds of thousands of patients with ophthalmological conditions and that was subsequently consolidated into a comprehensive health programme that was maintained until the end of 2019.

Cuba has repeatedly denounced the pressure exerted by the United States to hinder and interrupt the work of Cuban medical brigades abroad. Cuba currently maintains groups of medical workers in more than 60 countries, including 29 countries in Latin America and the Caribbean, 31 in Africa, as well as having a presence in the Middle East, Asia, and Central Europe.

© REUTERS / DAVID MERCADO
Bolivia's MAS Appoints Morales-Backed Candidates for President and Vice President - Reports
Late last year, Bolivia experienced a change in leadership following mass protests against the results of the October general election, which saw Evo Morales be re-elected. Morales stepped down on 10 November last year and fled to Mexico. Most of Bolivia’s senior officials resigned in his wake.

This resulted in the upper house's second vice speaker, opposition lawmaker Jeanine Anez, declaring herself interim president. Morales has characterised the situation as a coup.