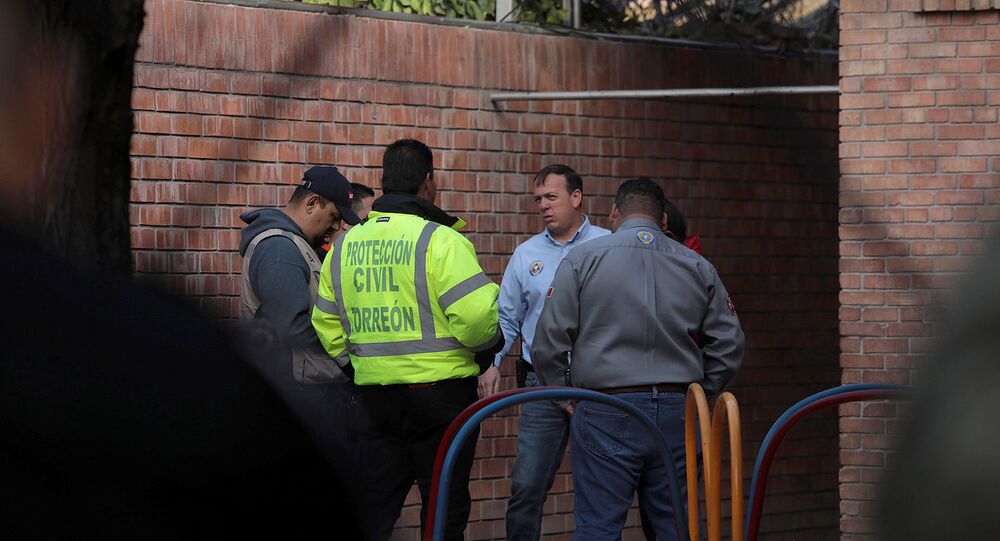 MEXICO CITY (Sputnik) - A court in the city of Torreon in Coahuila state has approved charges filed against the grandfather of an 11-year-old child, media reported on Monday.

According to the Mexican newspaper El Universal, the boy’s grandfather could face up to 35 years in prison if convicted on the charges of criminal negligence, after authorities discovered that the firearms used in the shooting on 10 January belonged to the 58-year-old man.

Prosecutors argued that the man, named Jose Angel H., lacked the legal duty of care in his capacity as the child’s guardian, the newspaper reported. The location of the boy’s father has yet to be ascertained by investigators, after he was released from prison in the United States several months ago.

On 10 January, an armed student entered a building, opening fire at schoolchildren and staff. According to regional public security coordinator Adelaido Flores, the attacker killed a teacher, injured six others and then committed suicide, with the two being the only fatalities in the incident.