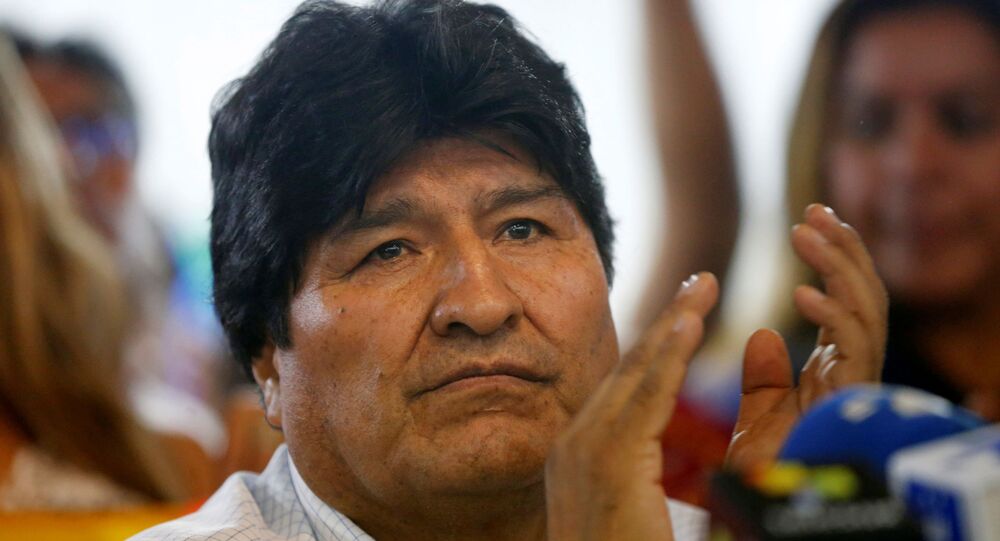 Senior US Advisor Says Morales is a ‘Headache’ for Argentina, Fostering Violence in Bolivia

In October, then-Bolivian President Evo Morales was pressured by the country’s military to step down from the presidency, resulting him to flee the country in the wake of massive protests against a highly-contested November 2019 election win that would have seen him take a 4th term.

Mauricio Claver-Carone, senior adviser to US President Donald Trump, suggested that the former Bolivian president was fostering violence and instability in Bolivia and causing a “headache” for Argentina, which granted him asylum after escaping his country.

“(Morales) had sold himself like a caricature that was peaceful, but what we have seen is an Evo Morales who sponsors and fosters violence and wants to foster militias. We warned the Argentine government that this was going to happen. I warned then President-elect Alberto Fernandez before these events occurred,” Claver-Carone said in an interview to Bolivian Paginasiete.

Noting that he had personally warned Argentinian President Alberto Fernandez regarding the ousted Bolivian leader, Claver-Carone argued that “now Argentina is seeing the problem that Evo Morales means”.

Morales was ousted as president of Bolivia on 10 November, after the country’s armed forces pulled their support for him amid a political crisis sparked by a hotly-contested presidential election. Demonstrations and violent counter-demonstrations saw at least 29 killed.

Following what Morales has characterized as a coup, opposition lawmaker Jeanine Anez declared herself interim president at a special meeting in the parliament, despite not reaching the necessary quorum, as lawmakers from the governing party Movement for Socialism (MAS) were notably absent. The Trump administration has since endorsed Anez as the new interim president.

On 12 January, Morales demanded that his supporters organize an armed militia to prepare for his return to Bolivia. The comment drew immediate backlash from the current government and interim President Jeanine Anez, causing Morales to disavow his words few days later.

Anez later called for a new presidential election, pledging to ensure that Morales would not run. A vote is scheduled to be held in the middle of March.