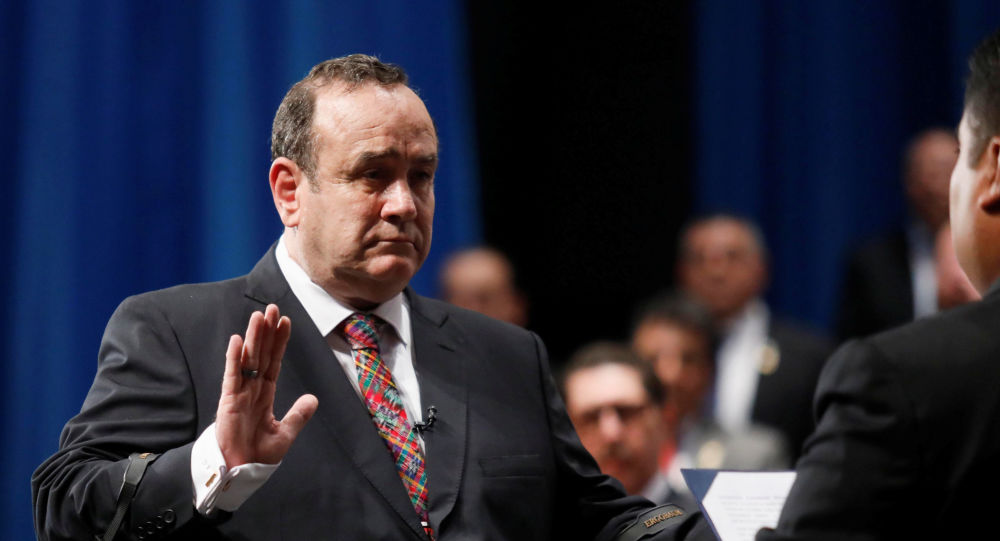 Guatemalan president-elect, Alejandro Giammattei, earlier vowed that he would cut off his nation's political relationship with Caracas after his January 2020 inauguration, recognizing instead the authority of the self-proclaimed interim president of Venezuela, Juan Guaido.

Giammattei on Thursday announced an official break in relations with the government of Venezuelan President Nikolas Maduro  and the complete shutdown of the Guatemalan diplomatic mission in Caracas, according to the state-run Guatemalan media.

Guatemala is a member of the Lima Group, established in 2017 in a bid to settle political turmoil in Venezuela. In January 2019, Guaido proclaimed himself interim president in a bid to oust the constitutionally-elected Venezuelan president from power. The United States and several other western countries have sided with Guaido, while Russia and China, among other nations, have supported Maduro.

Maduro has accused Washington of trying to overthrow his government to control Venezuelan oil assets - some of the largest ion the word - and dubbed his rival Guaido as "Washington's puppet". The Trump administration imposed several rounds of tough economic restrictions targeting Venezuela's energy sector and senior officials, thus suffocating further an already-deplorable economy in the Bolivarian Republic - a nation that has long seen hyper-inflation and infrastructure decay blamed by Caracas on earlier US economic sanctions.

© REUTERS / Manaure Quintero
Parts of Venezuela’s Opposition Poised for Reconciliation as Guaido Loses Allies, Office
Guaido supporters attempted to orchestrate a coup in late April 2019, taking to the streets across Venezuela and urging the Venezuelan military to defect. The coup attempt failed and dozens were seriously injured. Maduro quickly purged his ranks of senior Army officers after the attempt.

After several months of apparent lull, political unrest took another turn in early January, after the National Assembly elected Luis Parra to replace opposition leader Guaido as its speaker, while the latter did not attend the vote, as he was unable to gain access to the cordoned-off parliament building.

Opposition lawmakers do not accept Parra’s appointment, insisting that Guaido must remain in the post. The International Contact Group on Venezuela, which includes the United Kingdom, Germany and several other states, also refute Parra's  appointment.