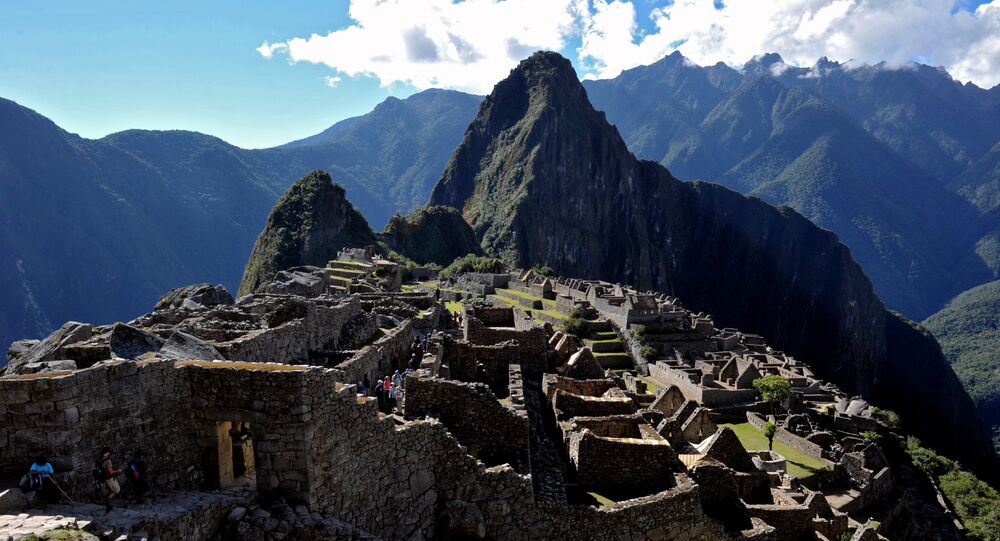 A group of six tourists, one French, two Brazilian, two Argentine and a Chilean, was reportedly detained on Sunday after Peru law enforcement officers found them in a restricted visiting area of a temple at the Machu Picchu sanctuary.

"The six tourists are being detained and investigated by the public ministry for an alleged crime against cultural heritage", Cusco regional police chief Wilbert Leyva said on Monday, cited by AFP.

According to the Cusco police, cited by AFP, authorities discovered a "fracture" in a piece of stone that had "broken off a wall and caused a crack in the floor" as well as human feces identified in the sacred Temple of the Sun.

The sanctuary is partially limited for tourist access, reportedly for preservation reasons. The tourists currently face at least a four-year jail term if found guilty of damaging the nation's cultural heritage.

Machu Picchu, or "old mountain" in the Quechua language indigenous to the area, is at the top of a lush mountain some 100 kilometers (60 miles) from the Andean city of Cusco, the old Inca capital in southeastern Peru, built during the reign of the Inca emperor Pachacuti (1438-1471).

According to historians, worshipers at the Temple of the Sun made offerings to our star, at the time considered the most important deity in the Inca empire, as well as by other pre-Inca civilizations in the Andean region.

Machu Picchu: The Lost City of the Incas